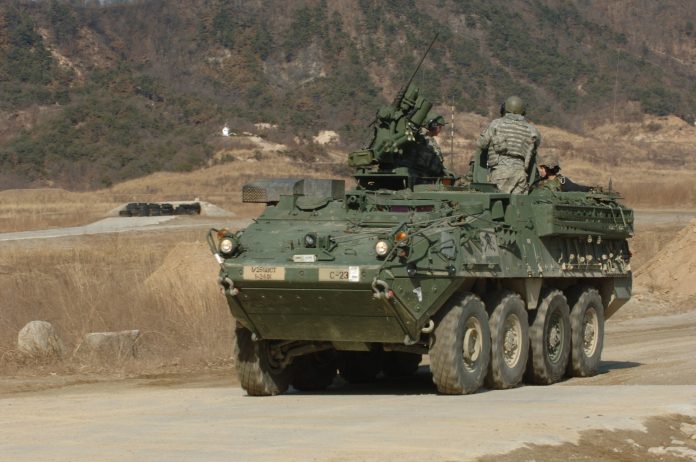 M1126 Stryker Infantry Carrier Vehicle’s are getting bigger teeth. The US Army awarded a $75 million contract to General Dynamics Land Systems (GD) for the integration of a 30mm automatic gun station on to the M1126 and delivery of eight prototypes.

In December 2015, GD selected the Kongsberg MCT30, a remote controlled turret equipped with the Orbital ATK XM813 (Mk.44 Bushmaster) 30mm gun for this role. Its suite of ammunition includes a multi-purpose munition with air burst, point detonate delay and point detonate modes in one warhead, as well as a kinetic energy penetrator.

In fact, GD had demonstrated the MCT30 to the army in 2014. The turret does not take hull space but does allow the crew weapon access under protection. The up-gunned M1126s are addressing a requirement from the US Army’s 2nd Cavalry in Europe for greater lethality than the current .50 caliber armament used by these vehicles. GD suggests production systems could be available as early as the fourth quarter of 2017.