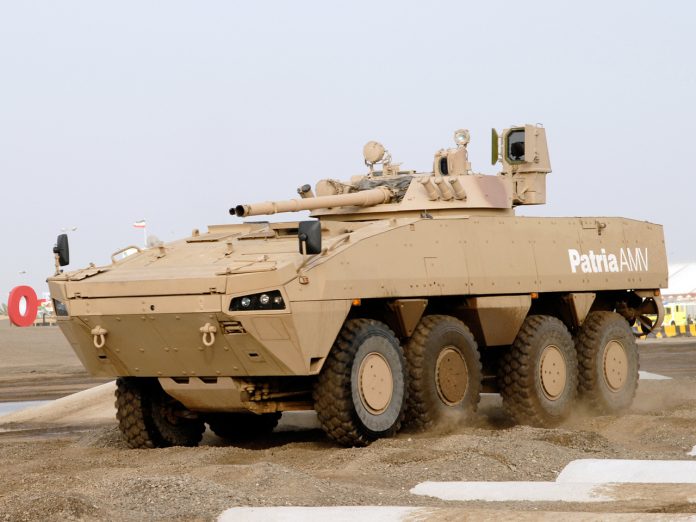 The UAE Army fielded up to 15 AMVs in 2008 including a model that is 0.4-metres (1.4-feet) longer with the same turret used by the Kurganmashzavod BMP-3 tracked amphibious infantry fighting vehicle (also operated by the UAE Army).

It was not revealed by either Patria or the UAE Army whether the AMV variant purchased, for which the contract was announced in January, is the same as that of the AMVs already operated by the force. Nor has it been revealed when deliveries of these vehicles could commence and conclude, however, Armada sources indicate that this order is for 40 examples with options for an additional 50.

The construction of these latest AMVs for the UAE will involve Wojskowe Zaklady Mechaniczne in Poland which is producing the XC-360P Rosomak (Wolverine), a licensed production variant of the AMV, for the Wojska Lądowe (Polish Army). The UAE is reported to have an overall requirement for 600 wheeled armoured vehicles.