Home Features From our Correspondents Tilting with Valour 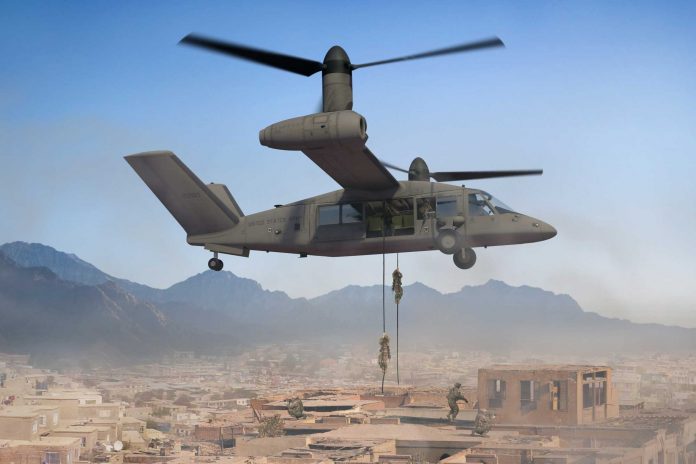 Bell Helicopter is on course to perform the first flight of its V-280 Valour tilt-rotor by September 2017, the company tells Armada.

Bell Helicopters under contract from the US Department of Defence to provide one of the Joint Multi-role Technical Demonstrator platforms that could lead to the next generation of US Army helicopters replacing the existing Sikorsky UH-60 Black Hawk family of medium-lift utility helicopters. The other comprises Sikorsky and Boeing which is offering its SB-1 aircraft.

The company claims that its V-280 advances tilt-rotor technology to a new level. Although the V-280 builds on the existing CV/MV-22B Osprey tilt-rotor in service with the US Marine Corps and US Air Force, according to Bell Helicopters, the V-280 is an entirely new design using composite materials, redundant digital controls and a rigid wing with only the propellers rotating for vertical to horizontal flight.

Bell Helicopters told Armada that the V-280 may be flying before September 2017, with the company suggesting they could complete the final development of the aircraft in 2019, with production commencing in 2025.