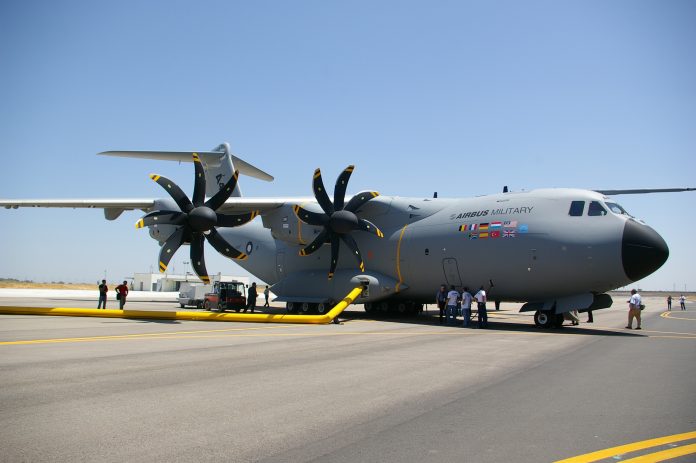 Airbus is working hard to resolve engine issues that have curtailed new A400M Atlas turboprop freighter deliveries and limited flying by the 26 aircraft delivered so far.

Following an engine failure on a Royal Air Force A400M shortly after takeoff from Brize Norton airbase in southern England this January, inspections revealed that some of the engines on some aircraft were suffering cracks on components within the Power Gearbox (PGB) module of the Europrop International (EPI) TP400 engine powering the aircraft. The PGB, which is produced by General Electric Aviation-owned Avio Aero, converts the very high rotation of the engine turbine into a slower rotation for the propeller.

EPI and Avio Aero have analysed the problem, identified the root cause, and have developed an inspection regime and an interim fix. Each gearbox is being inspected every 200 hours, and if a crack is found then the affected gearbox is inspected every 20 hours in order to keep aircraft flying.

A400M development aircraft MSN6 is flying with an interim ‘fix’ applied to two engines and the modified engines have now logged 100 flying hours. Airbus hopes to certify the modification by September, when the inspection interval will be increased to 600 hours. Priority is being given to modifying the engines of in-service aircraft, so deliveries will continue to be disrupted for some time.

Engineers from Airbus Helicopters with long experience in gearboxes are reportedly helping with developing a long term solution.