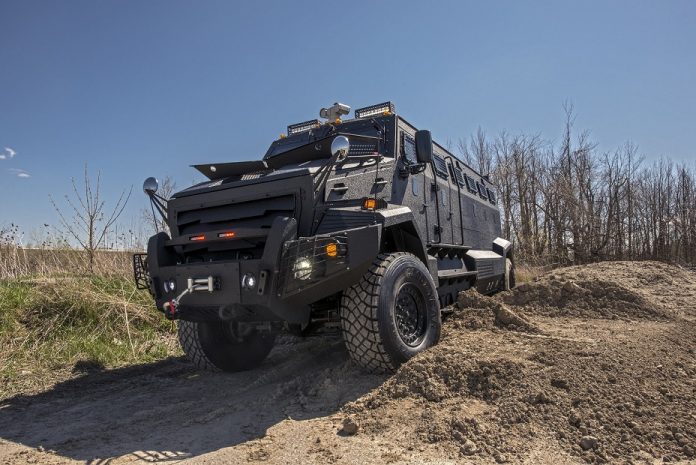 The Huron is available in several variants depending on customers’ requirements: “Vehicles differ by engine model, horsepower, seating capabilities, exterior and interior design,” says Ms. Tkacheva. While the first vehicles produced in Azerbaijan will supply that country’s Ministry of Internal Affairs, the Central Bank of the Azerbaijan Republic as well as several other national law enforcement agencies, the majority of vehicles are intended for export. However, Ms. Tkacheva was unable to comment on the delivery dates for the Azerbaijani vehicles, or the identity of future potential customers.