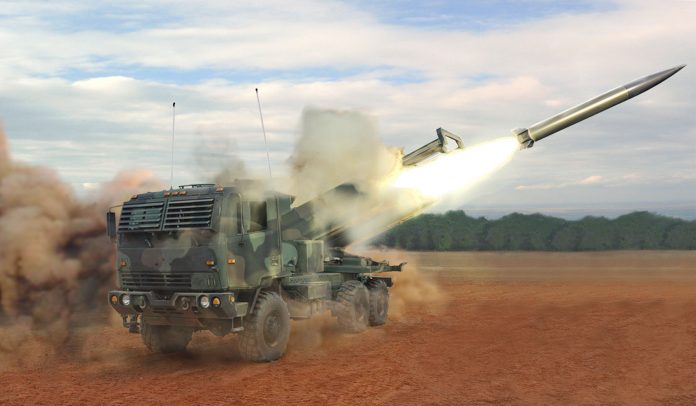 Getting greater firepower in the same package is one of the objectives of Raytheon’s Long Range Precision Firepower (LRPF) missile development, for which a risk mitigation contract worth $5.7 million was awarded to the company by the US Army this August.

This significantly increases responsiveness and the target engagement lethality of both the M270 and M142: A second missile can be fired immediately without delays of reloading where multiple targets are to be engaged. This would be especially valuable in engaging naval vessels; a new mission being promoted for ground forces.