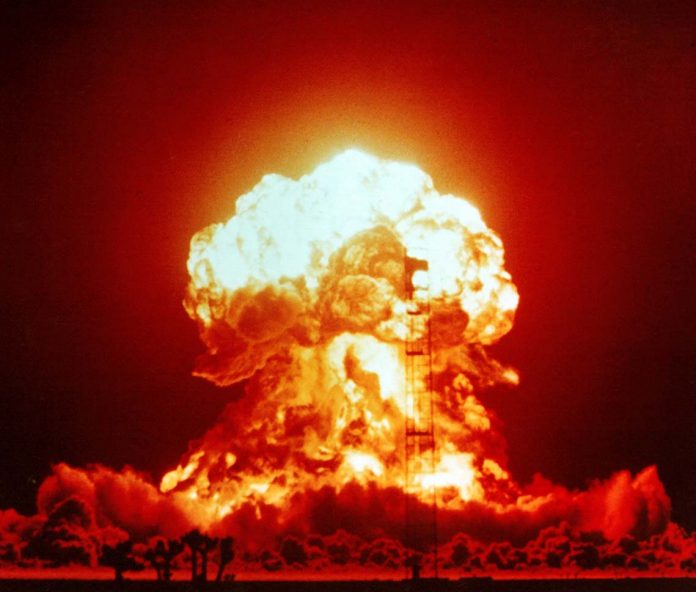 In the first of a four-part series, we examine the potential effects of selected nuclear weapons on selected targets around the world, courtesy of the strangely addictive Nukemap website.

General Michael Hayden, the former director of the Central Intelligence Agency (2006 to 2009) warned in mid-January that the Democratic People’s Republic of Korea (DPRK) could have nuclear weapons capable of hitting the United States by 2021.

Gen. Hayden warned specifically that the ‘Hermit Kingdom’ could develop Intercontinental Ballistic Missiles (ICBMs) with sufficient range to hit Seattle on the Western Seaboard of the United States. As open source reports note, the DPRK’s Taepodong-2 ICBM has an estimated range of 3239.7 nautical miles/nm (6000 kilometres/km). Fortunately, this range is insufficient to reach Seattle, but the next four years could see DPRK scientists and engineers extend the range of this weapon still further.

The DPRK’s missiles and nuclear weapons machinations are clearly a cause for concern not just for the DPRK’s neighbours, but for the wider world. This prompts the macabre question of what a nuclear strike by a DPRK warhead might do to a city in terms of damage. Although armadainternational.com’s ranks are devoid of nuclear scientists and weapons engineers we have sought to answer this question using the Nukemap nuclear weapons effects simulator.

While the exactness of this online tool may not be of a similar level to the advanced computer simulations used by many of the world’s nuclear powers to test their nuclear weapons, the results produced by Nukemap makes for sobering reading. For example, your editor examined the effects of a 30 kiloton (30000 tonnes of conventional explosives) airburst nuclear weapon detonation above Birmingham International Airport (BHX) in central England, close to his home town. The yield of 30 kilotons was the estimated explosive power of the latest DPRK nuclear weapons test on 9 September 2016, according to the Middlebury Institute of International Studies, an academic institution based in Monterey, California.

According to Nukemap, this explosion would instantly cause 14370 fatalities, with a further 79480 suffering injuries. The radius of the fireball generated by the explosion would be 240 metres (787 feet). Those within 1.1km (0.7 miles) of the blast would have between a 50 percent and 90 percent likelihood of succumbing to lethal doses of radiation, while those within 2.5km (1.6 mile) of the blast would receive third degree burns. In terms of material damage, most residential buildings within 2.1km (1.3 mile) will collapse. However, the locale surrounding BHX is relatively sparsely populated compared to the centre of Birmingham. When the same weapon is detonated using an airburst above the city centre, the fatalities increase to 71930, with a further 21,900 suffering injuries.