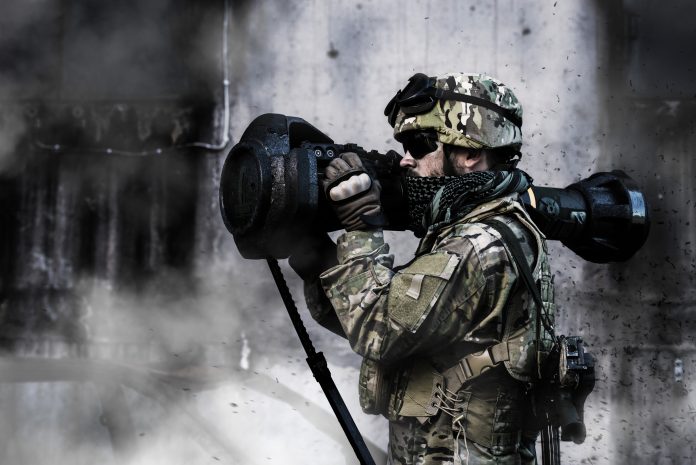 Saab expects to complete deliveries of its NLAW (Next-Generation Anti-Tank Weapon) surface-to-surface missile to an undisclosed customer by the end of 2017, the firm has told armadainternational.com.

On 28 December 2016, the company announced that it had received an order from an unnamed customer for the NLAW. This order expands the armed forces operating the weapon (see below) which was developed as a result of a joint United Kingdom-Sweden effort.

First fielded in 2009, the NLAW is a shoulder-fired weapon which can be used by the individual soldier, using the firms’ predicted line-of-sight guidance technique which allows the gunner to ‘fire and forget’ the missile while assuring a high probability of a first round hit. The NLAW uses a soft-launch mechanism by which the missile’s motor ignites a safe distance from the soldier launching the weapon. This permits firing from enclosed spaces with the missile capable of hitting targets at a range of 0.6 kilometres (0.4 miles).

According to open sources, existing NLAW users include Finland, Indonesia, Luxembourg, Sweden and the UK.