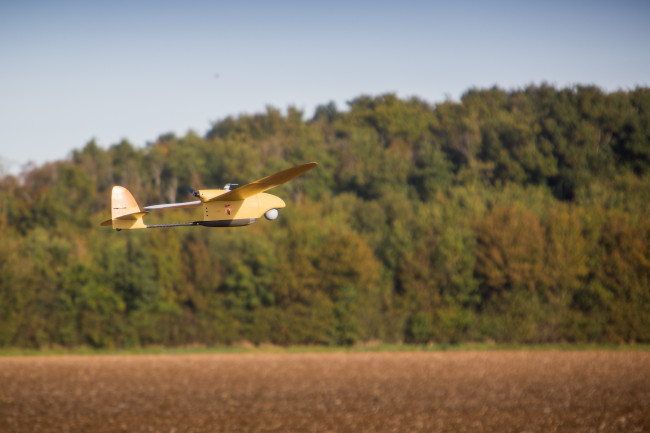 Thales plans to deliver 70 of its new Spy Ranger Unmanned Aerial Vehicles (UAVs) to the French Army between 2018 and 2019, the firm has told armadainternational.com.

Pascal Sécretin, responsible for UAV products at Thales, argues that this new aircraft is particularly suited to supporting Military Operations in Urban Terrain: “(The aircraft) has the capacity to deal with the multiple trajectory phenomena occurring in environments characterised by multiple obstacles (such as walls) on which communication waves often bounce, thus leading to loss of data transmission.” This is because Very High Frequency (30 megahertz/MHz to 300MHz) and Ultra High Frequency (300MHz to three gigahertz) radio transmissions have a line-of-sight range, which can cause problems in the urban context where buildings can block the line-of-sight of a UAV’s radio frequency connection to its ground station. Thales is keeping the techniques which it employs to beat this transmission degradation under wraps.

Mr. Sécretin continues that the aircraft’s Spy Ball gyrostabilised optronics sensor can capture high-definition images in any type of environment and at a 16.2 nautical mile (30 kilometre) range. Mr Sécretin adds: “These high definition images are then transmitted in real time to the UAV control station through the highly secured data link.” This sensor retracts into the fuselage to prevent it being damaged when the UAV lands.

On 5 January, Thales announced that France’s defence procurement agency had selected this UAV to equip the French Army, to replace the legacy EADS/Airbus Tracker UAV which the force currently uses. The company informed armadainternational.com that the army will receive 70 Spy Ranger systems, each of which includes three aircraft and a ground control station, by the end of 2019.