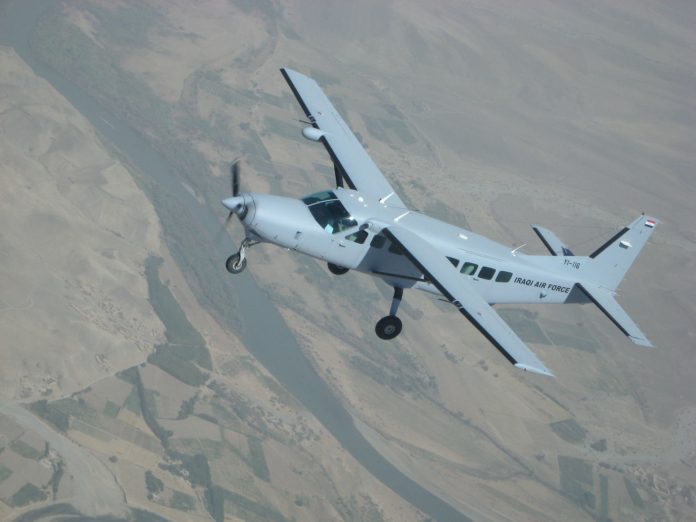 Orbital ATK’s AC-208B Combat Caravan-II gunship is expected to commence its first deliveries in 2017, the company has told armadainternational.com

The company showcased its new AC-208B Combat Caravan-II variant during the SOFEX (Special Operations Forces Exhibition and Conference) held in Amman, Jordan. Derived from Cessna’s successful single-turboprop 208 Caravan short-haul regional airliner and utility aircraft, the ‘vanilla’ AC-208B Counter-Insurgency (COIN) aircraft was developed under the Combat Caravan programme as part of the US government’s effort to rebuild the Iraqi Air Force.

The AC-208B has been delivered to the Lebanese Air Force and others are scheduled to be delivered to countries in the Middle East and Africa through the US Foreign Military Sales (FMS) programme including Kenya, Mali, Mauritania, Niger and Burkina Faso. The AC-208B Combat Caravan-II is about to undergo flight trials later this year followed by missile firing trials prior to first deliveries in 2017. In terms of customers, Kenya is to receive a single aircraft, as is Mali, Niger and Burkina Faso, with Mauritania receiving two, along with Lebanon, and Iraq receiving 13. As yet, there are no customers for the AC-208B Combat Caravan-II.