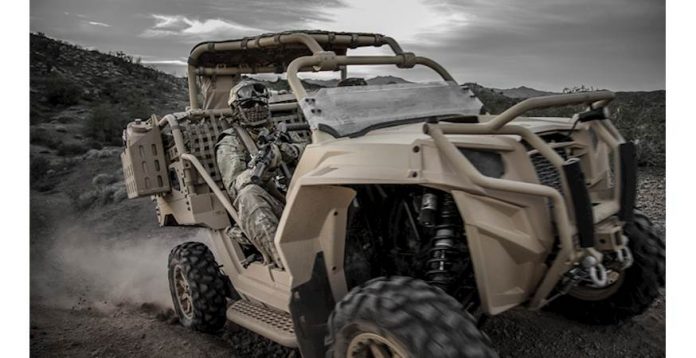 Historically, militaries around the world have preferred diesel, and multi-fuel, engines in their vehicles. This has caused problems introducing commercial All Terrain Vehicles (ATV) which tend to use petrol engines into military service.

However, Polaris’ government and defence division changed that last year with the introduction of its MRZR-D four seat ATV equipped with a three-cylinder turbo diesel engine. The firm has now expanded its diesel product line with the début of a two seat model of the vehicle, known as the MRZR-D2.

In addition to simplifying fuel logistics the diesel models increase their range by 80 percent compared to petrol-powered vehicles. The MRZR is used by the US Special Operations Command as part of its Light Tactical ATV program with a requirement of 2000 systems.