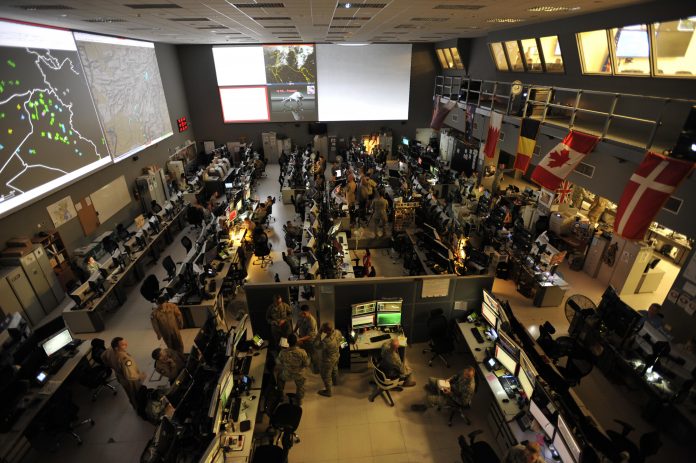 US CENTCOM (Central Command) and the Russian armed forces are in regular contact to ensure the safety of the skies above Syria, as both continue their efforts to combat the Islamic State of Iraq and Syria (ISIS) insurgent group.

The Russian and US armed forces have been performing operations in Syria against ISIS (in the case of the US-led coalition) and in support of the regime of Syria’s President Bashir al-Assad (in the case of Russia) since 30 September 2015 and 22 September 2014 respectively. The US-led Operation INHERENT RESOLVE (OIR), like Russia’s efforts, includes the employment of air power, and ground units. For the US-led coalition, these ground units include special forces performing anti-ISIS actions. CENTCOM performs the Command and Control (C2) of the OIR air campaign from Al Udeid airbase in Doha, Qatar’s capital, where its Combined Air Operations Centre (CAOC) is located. This CAOC uses the AN/USQ-163 Falconer operational-level air command and control system to manage the C2 of the OIR air campaign, according to the US Department of Defence. The Russian armed forces, according to media reports, are believed to perform the C2 of their military efforts in Syria from the headquarters of the Russian armed forces Southern Military District in Rostov-on-Don, southwest Russia.

In a statement provided to armadainternational.com, a CENTCOM spokesperson disclosed that a “hotline” has been established: “with the Russians in order to prevent miscalculation and misunderstanding in a complex, compressed airspace.” Given the significant quantity of Russian and Coalition military aircraft using the airspace above Syria, the hotline has been essential “to ensure the safety of flight,” the spokesperson continued. The aim of the hotline is: “to deconflict altitudes without impacting freedom of manoeuvre in the fight against (ISIS).” The spokesperson described “contact with the Russians through this emergency line,” as “professional.”

Moreover, CENTCOM told armadainternational.com that specific separation minima have been agreed with the Russian to reduce the risk of mid-air collisions: “Russian and coalition aircraft are supposed to maintain a threshold of 2.6 nautical miles (4.8 kilometres) and 3000 feet (914.4 metres) of separation.” This de-confliction also extends to operations on the ground which may involve coalition special forces: “we have shared with the Russians rough geographic areas where coalition forces may be operating, and have advised them to remain clear of these areas. To date, they have honoured this.” That said, the spokesperson emphasised: “We do not collaborate or coordinate our operations with the Russians.”