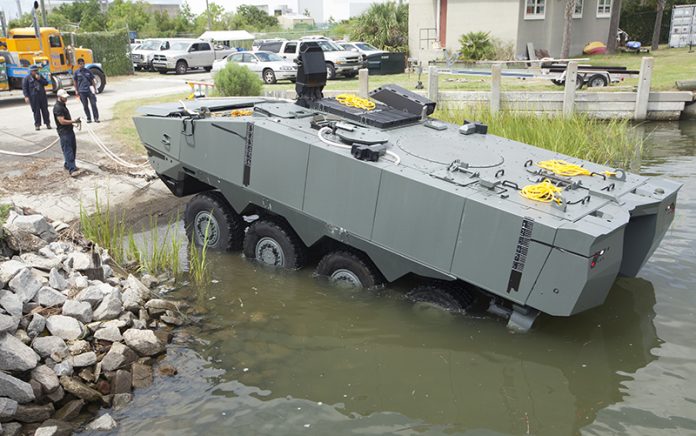 ST Kinetics delivered its first Terrex-2 on 21st February 2017 to the US Marine Corps in a ceremony at the firm’s facility outside Charleston, South Carolina.

This is the first of 16 vehicles being provided under a $121.5 million contract for evaluation as candidates for the USMC’s Amphibious Combat Vehicle-1.1 (ACV1.1) programme. The Terrex-2 was developed as an eight-wheel drive armoured vehicle with an advanced hydro-pneumatic suspension providing high off- and on-road mobility.

Vehicle testing for the ACV1.1 programme will begin in March leading to a selection and production contract award in 2018 for 204 vehicles at an estimated value of US$1.3 billion. The Terrex-2 is competing against the BAE Systems/Iveco SuperAV. Both the Terrex-2 and SuperAV participated in vehicle demonstrations conducted by the USMC in 2013 as part of the earlier Marine Personnel Carrier project. 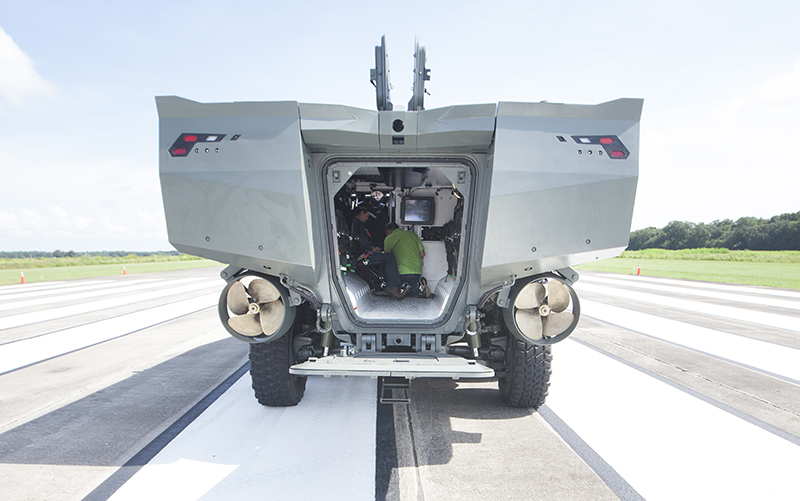