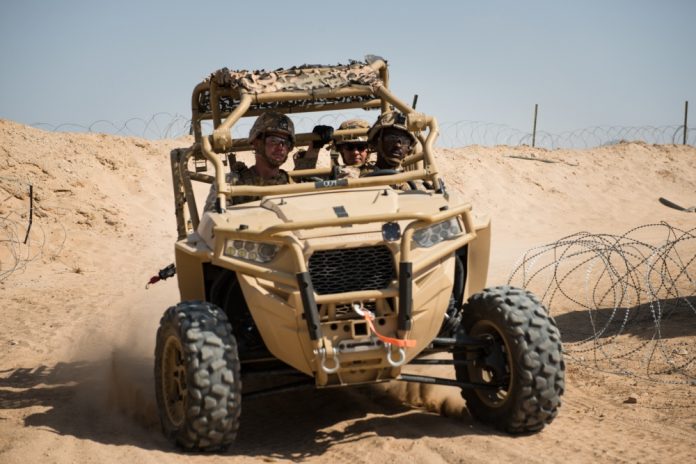 The news follows Polaris Defence’s announcement on 10 November 2016 that the USMC will order 144 of these new vehicles, following the unveiling of the vehicle in May 2016. The MRZR-D4 can be configured in a number of ways to provide logistics support for a variety of missions ranging from rapid personnel deployment, casualty evacuation and supply missions, according to the firm. This is facilitated by its modular cargo bed, which includes the option of rearward-facing seats. The vehicle has been designed to be transported on board a Bell-Boeing MV-22B Osprey tilt-rotor and Sikorsky CH-53E Super Stallion/CH-53K King Stallion heavylift helicopters.

The fielding of the 144 MRZR-D4s: “will initiate in February 2017 and conclude in April 2017,” Emanuel Pacheco, responsible for public affairs and congressional liaison at the USMC’s Land Systems Programme Executive Office told armadainternational.com. In terms of deployment, Mr. Pacheco added that the vehicle: “will be fielded to all active USMC Infantry Regiments.”