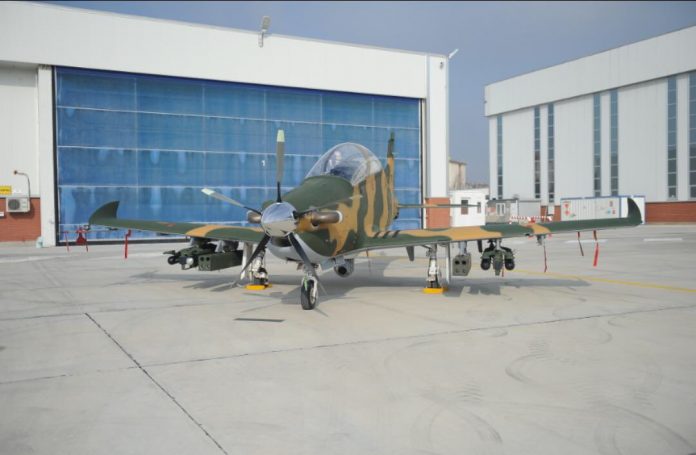 This follows the certification of the aircraft by the European Aviation Safety Agency in March 2016. The expected entry into service was announced by the Turkish Ministry of Defence in February. The Hurkus-C is the armed version of TAI’s Hurkus-A turboprop trainer. The Hurkus-C is equipped with seven hard-points, and is equipped with an upgraded 1600 horsepower Pratt and Whitney turboprop engine. The aircraft is also expected to be equipped with optronic sensors, ballistic armour and a self-protection suite.

The aircraft will be capable of engaging targets with conventional and guided weapons including the Roketsan UMTAS/Mizrak-U infrared/laser guided air-to-surface missile.