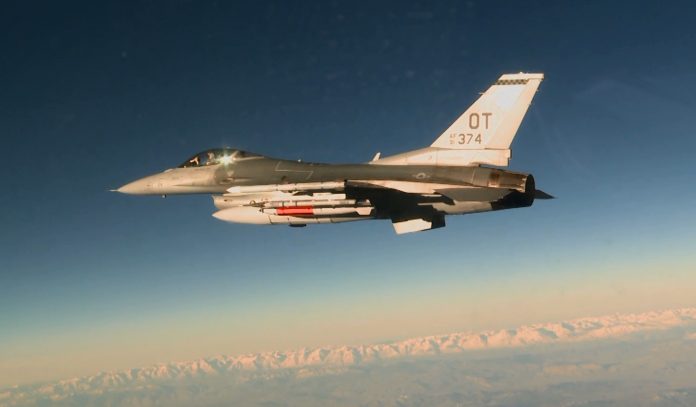 The US moves ahead with nuclear modernisation against a backdrop of deepening crises and fiscal uncertainty.

The Treaty on the Non-Proliferation of Nuclear Weapons of 1968 committed its signatories to “pursu(ing) nuclear disarmament aimed at the ultimate elimination of their nuclear arsenals.” As much as this was a wholly worthwhile proposal, it may only be an overly idealistic vision born out of attempts to defuse Cold War tensions; particularly given present-day conditions notably the deterioration of relations between Russia and the West over the last decade. Indeed, Russia still has their KBM OTR-21 Tochka mobile short-range ballistic missile system and its replacement the KBM 9K720 Iskander mobile short-range ballistic missile system in service, and both Britain and France retain their nuclear deterrents.

Furthermore, the threat of the Islamic State of Iraq of Syria’s seemingly worldwide influence, coupled with current tensions between the United States, the People’s Republic of China and the Democratic People’s Republic of Korea would suggest that signatories to the Non-Proliferation Treaty are unlikely to give up their armaments any time soon.

This trend is evident with the recent activity of the US under the administration of US President Donald Trump which is modernising the US nuclear arsenal as illustrated by the recently-announced inert test conducted by the US Air Force (USAF) on 14th March of an upgraded B-61 Mod.12 50 kiloton/kt (one kiloton is equivalent to one thousand tonnes of conventional explosive) free-fall bomb over Nellis Test and Training Range in Nevada. The test was performed in order to assess functions such as the weapon’s fire control system, radar altimeter, spin rocket motors and weapons control computer. With these upgrades, the bomb now has far greater accuracy, compared to legacy B-61 variants, with its precision increased from within 109 metres/m (360 feet/ft) of its target to less than 30.4m (100 feet/ft). In addition, the $10.5 billion dollar life-extension programme this project is part of, and the $1.5 billion dollar tail kit assembly for the 500 weapons to be produced make this most expensive bomb project ever. The B-61 Mod.12 uses legacy B-61 bombs as its baseline design.

This bomb test is furthermore supported by the start of production of the USAF’s Northrop Grumman B-2A Spirit strategic bomber Flexible Strike programme this year which would be able to carry up to 16 B-61 Mod.12 weapons.

Thus, it is clear that the US is making few plans to scale down their nuclear capabilities. Given previously mentioned current geopolitical developments, as Mr. Trump begins his Nuclear Posture Review (NPR) this month, American nuclear policy will surely soon be set towards modernizing their arsenal. Indeed, after Mr. Trump’s Executive Order on 27th of January, authorising the NPR it would seem that over the coming decades, the Department of Defence will build new nuclear-capable submarines, bombers and Intercontinental Ballistic Missiles (ICBMs), as well as the command and control structure to support their use, to the tune of at least $400 billion dollars, according to media reports.

The only potential hindrance to this process of military development would be if additional funding is not granted to finance new nuclear weapons programmes. If Congress passes new spending bills including the funds for new programmes before 28th April, then these will most likely go ahead. However this will be dependent on Congressional voting and the budget could very well remain unchanged, delaying programs such as the Ground Based Strategic Deterrent (GBSD), which will replace the USAF’s Boeing LGM-30G Minuteman-III ICBMs; the Long Range Standoff (LRSO) weapon, an air-to-surface cruise missile that can be outfitted with a conventional or nuclear warhead, and the Northrop Grumman B-21 Raider strategic bomber. Quoted in media reports, Lieutenant General Arnold Bunch, military deputy, Office of the Assistant Secretary of the Air Force for Acquisition, stated that the USAF really needs to get the funding for nuclear modernisation: “We really need to be able to move forward.” Nonetheless, only time will tell how this matter is resolved.