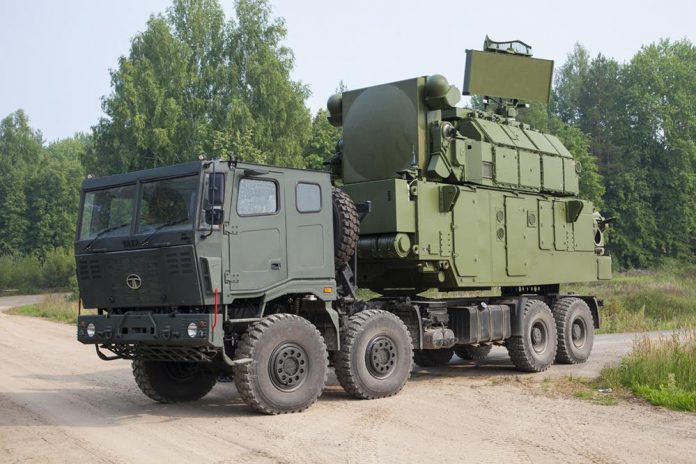 JSC Rosoboronexport (part of the Rostec State Corporation) will organize a joint Russian display at the MILEX-2017, 8-th International Exhibition of Armaments and Military Equipment, which will be held in Minsk (Republic of Belarus) on May 20-22, 2017. The special exporter has regularly attended all of the previous exhibitions.

“In addition to negotiating the supplies of ready-made products, Russia and Belarus have also intensified bilateral scientific-technical and industrial cooperation. Implementation of joint projects, including the ones stipulated by the contracts with the third countries, is one of the most promising areas of military-technical cooperation between the two countries.

“In 2016, Rosoboronexport and its Belarusian partners successfully fulfilled a number of joint projects”, – Valery Varlamov said.

Rosoboronexport’s specialists have a broad agenda scheduled for MILEX-2017, which includes meetings with the representatives of the Armed Forces and security services of the Republic of Belarus. The delegation will also meet with a number of top officials from the governmental institutions and enterprises running current and future projects jointly with the special exporter.

Rosoboronexport is the only state-owned arms trade company in the Russian Federation authorized to export the full range of military and dual-purpose products, technologies and services. It is a subsidiary of the Rostec Corporation. Founded on 4 November, 2000, now Rosoboronexport is one of the leading world arms exporters to the international market. Its share in Russia’s military exports exceeds 85 percent. Rosoboronexport cooperates with more than 700 enterprises and organizations in the Russian defence industrial complex. Russia maintains military technical cooperation with more than 70 countries around the world.

Rostec Corporation is a Russian corporation that was established in 2007 to facilitate the development, production and export of high-tech industrial products designed for civilian and military applications. The corporation comprises over 700 organizations that are currently part of eleven holding companies operating in the military-industrial complex and three holding companies working in civilian sectors. The group also includes more than 80 direct management companies. Rostec’s portfolio includes such well-known brands as AVTOVAZ, KAMAZ, Kalashnikov Concern, Russian Helicopters, VSMPO AVISMA, etc. Rostec companies are headquartered in 60 entities of the Russian Federation and supply products to more than 70 countries. In 2015, the consolidated revenue of Rostec reached RUB 1.14 trillion. According to its new strategy, the main objective of the corporation is to ensure that Russia has a technological advantage in highly competitive markets. The corporation plans to invest a total of RUB 4.3 trillion in development through 2025.