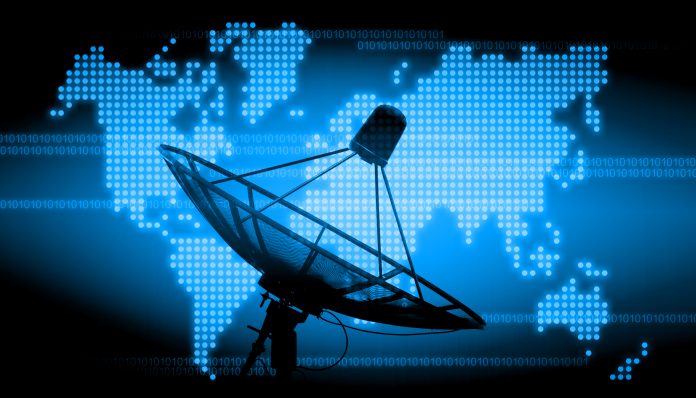 Software approaches look set to increase in importance regarding tactical radio design, while threats in terms of anti-satellite weapons and electronic jamming will also shape tactical radio engineers. In terms of hardware, the need to improve hearing protection and battery safety will continue.

A number of future trends have been identified by experts in the tactical radios domain. In a written statement provided to Armada by Rohde and Schwarz, the company stated that it expects Internet Protocol (IP) approaches to handling all information moving around the battlefield including voice, data and imagery to be increasingly adopted. An approach which the company dubs EoIP could see such protocols becoming increasingly de rigueur in the future. From an operator’s perspective such an approach would make sense. Today’s soldiers are thoroughly familiar with the IP approach, using smart phones and the internet as an indispensable part of their daily lives. Adopting increasing levels of IP technology on the battlefield represents an intuitive approach to communications, promoting familiarity and simplicity.

Allied to the increasing adoption of IP approaches, the firm adds that it sees much potential being offered by the Software Communications Architecture (SCA) standards increasingly being used by Software Defined Radios (SDRs). The SCA approach creates an open architecture for SDRs to use. Most notably, the US armed forces’ erstwhile Joint Tactical Radio System (please see preceding articles in this compendium) uses SCA at its foundation. In simple terms, SCA provides a common open architecture software standard enabling the new tactical radios being procured across the US armed forces to easily accept new waveforms and software-based capabilities so as to reduce costs when compared to adding new hardware to a radio each time it requires a new waveform or capability. An analogy in the civilian world would be the ease with which a smartphone directly downloads new features as and when they become available.

Crucially, the SCA approach will allow SDRs to accept waveforms already used by legacy radios to promote interoperability between new and old transceivers so as to enhance interoperability as one model of radio is being phased out, while a new model is introduced. Rockwell Collins is in agreement that the software approach will revolutionise tactical communications. The hardware of the radio will increasingly become the box into which new software, and hence new capabilities are added as and when they become available. Should a soldier need to change the parameters of their radio, such as its waveforms or its frequencies, they need to be able to do this in an instantaneous fashion over the air while deployed, and software will assist no end in providing this capability.

There are two other major considerations for tactical radio engineers in terms of offensive action. ‘The Day without Satellite’ is a term increasingly being heard throughout the tactical communications industry, and refers to the impact which offensive action against communications satellites could have for US and allied militaries. In May Russia tested its Nudol anti-satellite surface-to-air missile, the second such test following the first in November 2015, with the launch occurring from the Plesetsk Cosmodrome north of Moscow. Meanwhile, in January 2007, the People’s Republic of China (PRC) destroyed the failed weather satellite FY-1C using an SC-19 anti-satellite missile carrying a kinetic warhead, with further flight tests continuing in 2010 and 2013.

Such tests indicate that it may only be a matter of time before so-called ‘near peer’ adversaries such as Russia and the PRC have the capability to destroy the satellites, military and civilian, upon which the US and her allies depend, such as the US Department of Defence’s Navstar satellite constellation which enables the Global Positioning System to operate. In fact, the 1996 science fiction film Independence Day included the interruption of satellite communications prior to the invasion of Earth by extraterrestrials.

As this compendium has illustrated, the work ongoing among the world’s providers of High Frequency (HF: three megahertz/MHz to 30MHz) tactical radios at least illustrates that such concerns are being addressed with advancements in the bandwidth which can be handled by HF communications. This illustrates that that, while perhaps not yet there, HF is moving towards emulating the type of capabilities routinely available using SATCOM.

Closely related to the denial of SATCOM are concerns regarding the capabilities of Russia and the PRC to successfully jam military communications. The first decade of the 21st century largely witnessed conflicts involving the US and her allies against insurgent organisations and basic militaries in Iraq and Afghanistan. The capabilities of such adversaries to jam US and allied communications ranged from non-existent to rudimentary at best. Russia’s involvement in Ukraine’s civil war since 2014 and its subsequent annexation of Crimea, a formerly Ukrainian province on the Black Sea in March that same year, has underscored the capabilities of the Russian armed forces regarding electronic warfare.

Put crudely, since the 1991 Persian Gulf War during which the US led the expulsion of Iraq from Kuwait, the latter armed forces being predominately furnished by Soviet-supplied equipment, to an extent following Soviet military doctrine, the Russian armed forces have followed a doctrine which has stressed kinetically destroying one third of an opposing force, jamming one third causing the remaining forces to collapse. Russia had played close attention to the importance that the US and her allies placed on electronics during this conflict, particularly military communications and radar. Although difficult to confirm, several reports have reached Armada of Russia using high powered jamming systems to disrupt Ukrainian military communications. Such jamming has been effective against military communications systems supplied to the Ukrainian armed forces by western nations such as France and the United States. Clearly, the relatively benign electronic warfare environment enjoyed by the US and her allies in Iraq and Afghanistan must now be seen in context, and radio engineers will have to ensure that their current and future wares are robust enough to withstand the worst jamming that potential adversaries can throw at them.

At the hardware level, battery design continues to be a concern for tactical radio users. Batteries have weight and this can restrict a soldier’s mobility. Barrett Communications told the author that pressure will continue to ensure that batteries are as light as possible without sacrificing performance. A second issue, the firm continued, relates to battery safety. Airlines and air cargo carriers can be sensitive about carrying tactical radio batteries amid concerns that such products could be unsafe either by representing a fire risk, or by containing dangerous chemicals. In the civilian domain, recent concerns have been reported around the world regarding the safety of lithium-ion batteries and the danger that these can overheat and catch fire, a particular concern where aircraft are concerned. Battery safety can thus have implications for the ‘deployability’ of the tactical radios which troops must take with them when on expeditionary operations. This could cause problems in the logistics chain if certain air charters are reluctant to move a large number of tactical radio batteries required to support an operation.

Staying with hardware, Thales told Armada that the reduction in the number of radios used by military vehicles is becoming a major consideration. Radios can absorb space and power inside a vehicle, hence reducing the number of radios carried translates into more space for ammunition, weaponry, sensors and/or equipment, all of which improve the vehicles’ lethality. Allied to this, reducing the number of radios also reduces power demands and hence improves’ fuel consumption, and engine wear and tear. High power demands on a vehicle’s engine can also cause its thermal signature to increase, hence making the vehicle potentially more visible to thermal optronics.

Finally, in terms of tactical radio accessories, headsets and hearing protection continue to play a major role in tactical radio procurement. Invisio shared with Armada that, at the NATO (North Atlantic Treaty Organisation) level, tactical radios are now rarely being procured without headsets which also provide hearing protection. Such headsets also need to provide a high quality audio feed to ensure that the soldiers’ situational awareness is not impeded. Thus a balance is needed between ensuring that the soldier can hear their communications, and sounds from their surrounding environment, such as one of the comrades calling for help, while at the same time, having their hearing protected. Hearing loss is a serious concern for the world’s militaries. Battlefields are loud places, not only from gunfire and explosions, but from other sources such as loud vehicle engines, field generators and helicopters, to name just three sources.

According to a report published in 2013 in a US Army veteran’s publication, 414,000 US personnel who had been deployed in combat since 2001 had returned with some sort of hearing damage. Cost-wise this saw the US Department of Defence spend circa $216 million on hearing equipment for veterans in 2010 alone. Clearly the governmental bill for hearing loss is considerable. Moreover, should a soldier lose their hearing, they may have to leave the armed forces, meaning that the services may lose a soldier who is physically able with the exception of their hearing, thus losing the time, money and effort spent training and equipping them. Essentially, spending early on robust and capable hearing protection which does not degrade situational awareness can pay handsome dividends later.