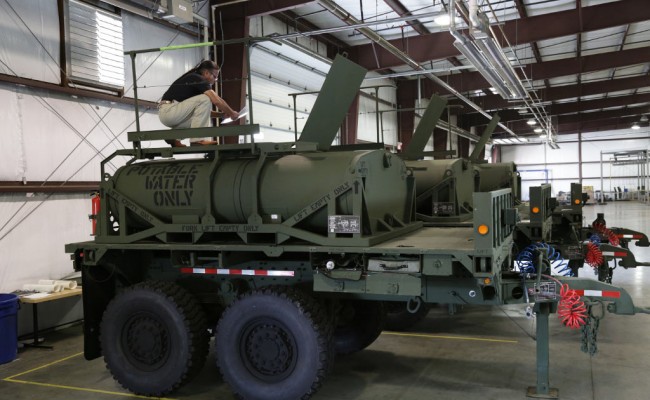 WEW Container Systems, a THIELMANN company, has received a contract to deliver additional Camel low-profile water tank modules for the US Army.

WEW will deliver 167 tanks to prime contractor Choctaw Defense for integration into the Camel II Unit Water Pod System. This system includes the 800 US gal Camel tank integrated into a frame and mounted onto the M1095 trailer. The trailers will either be newly manufactured or refurbished by Choctaw.

Delivery to Choctaw Defense began in August 2017, with peak rate production of up to six units per week thereafter. 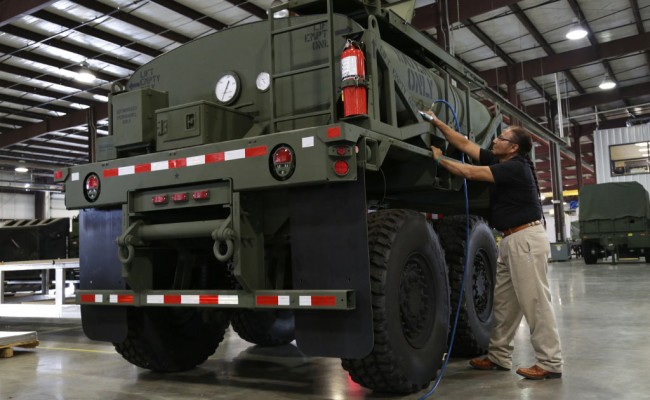 The extremely low profile system is a key element of the US Army’s primary water distribution system for platoon level and below.

WEW delivered the original 327 Camel tank units to Choctaw Defense in 2013-14 as part of the US Army’s Camel II Unit Water Pod program primed by Choctaw Defense. Camel has since been fully tested at Aberdeen Proving Ground and elsewhere.

The thin-skinned water tank is insulated and jacketed and equipped with a specially designed internal baffle system to prevent water surge during rugged operations over rough terrain. The highly-engineered tank, which incorporates no less than five patents, has freeze protection. Other variants equipped with generator sets can be integrated with a chiller system to provide temperature controlled water, as well as compact water-treatment for saline and contaminated water sources. The tank itself is capable of sustaining positive pressure and partial vacuum to compensate for diverse operating conditions including during airlift, commensurate with modern multi-modal military logistics operational requirements. 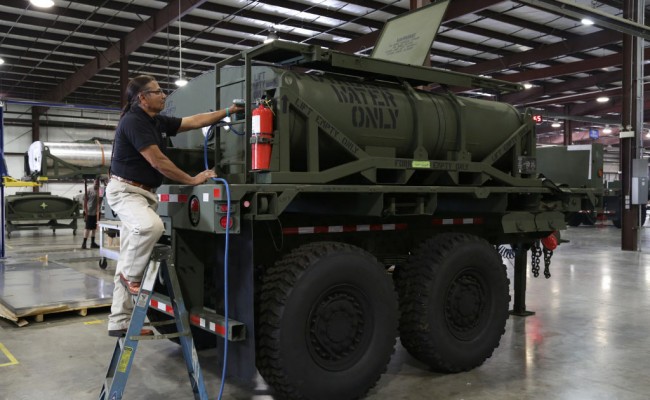 “This follow-on contract is testament to the extremely high standard to which our tanks are engineered, and we are very pleased to be working with prime contractor Choctaw Defense to deliver these further units to the US Army,” Björn Stolz, WEW’s CEO, said. “This work also positions the THIELMANN group well as we look to leverage our proven technologies for future US military programs with excellent partners such as Choctaw. We have a clear focus on innovation as emerging technologies align to create the battlespace of the future.”