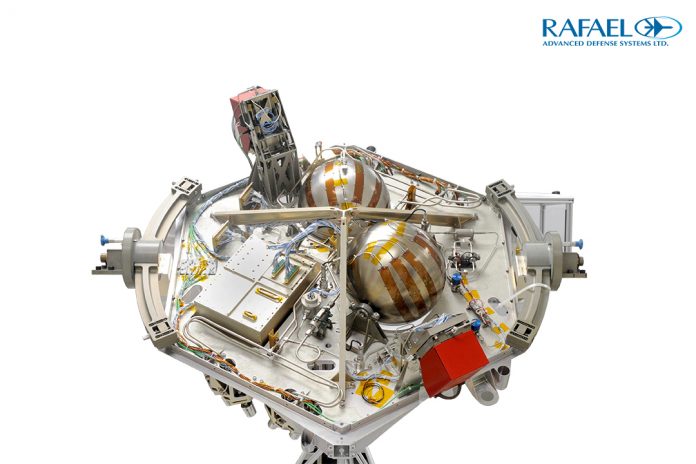 Rafael also noted that it has conducted a conclusive system test, and that the system can now be declared operational. All the tests were carried out from the “Technological Mission Center” located at Rafael, through an IAI ground communication station . Later in the life of the satellite, additional experiments and tests are planned to estimate and evaluate the performance of the space propulsion system.

Venµs has two missions: scientific – under the responsibility of CNES, and technological – under the responsibility of ISA, whose main purpose is to demonstrate mission enhancement of traditional imaging missions in precise and very low orbits characterized by high drag – by using electric propulsion. The Venµs electric propulsion system will also demonstrate orbit transfer, two and a half years into its mission. The Israeli Space Agency assigned this task to Rafael, which developed and manufactured the system, and today, as stated, announced the successful completion of the series of experiments and tests of this system in space.

Mr. Jacob Herscovitz, Head of the Venµs Project at Rafael: “In recent years there has been a clear trend in the world, of transition from traditional chemical propulsion to electric propulsion, thanks to the improved performance achieved with electric propulsion: orbit control accuracy, satellite life, fuel savings, “green” propellant, etc. Rafael is a systems house: we do not focus solely on one type of component, but rather develop and manufacture all the components of the system: fuel tanks, thrusters, valves, system integration, testing, fueling before launch etc. Rafael has been engaged in the development of space products for 30 years and has been a major partner in the Israeli space program since its first day. The development and production of space electric propulsion systems in Rafael was born out of a future vision, analysis and market trends in the development of the civilian “New Space” markets. Rafael also cooperates with companies abroad in the development of additional electric propulsion systems and products. Many foreign customers are showing great interest in the advanced electric propulsion systems developed by Rafael. The success of the Venµs satellite is expected to increase the interest in these systems. Rafael space components are on board of about 70 satellites launched in space, showing successful operation.