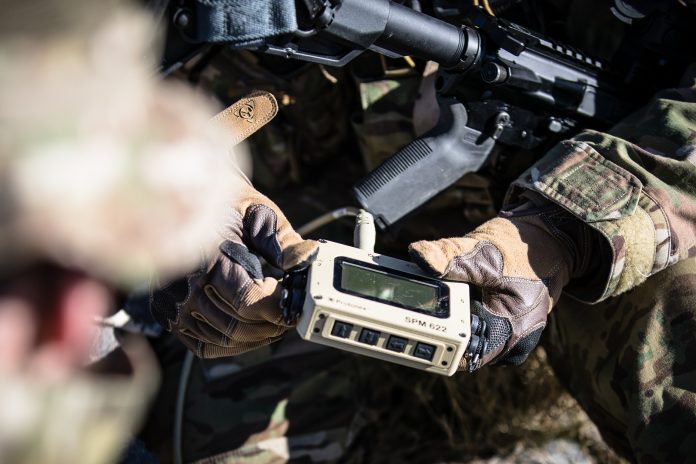 “This follow-on order through the Program Executive Office (PEO) – Soldier supports the mission of the U.S. Army’s Security Force Assistance Brigades,” said Ray Summers, Protonex Director of Military Sales. “The SFAB’s work is critical in supporting partner training in austere environments and the U.S. Army’s focus on these field forces is contributing to the growing demand for power management solutions.”

The SPM-622 Squad Power Manager is a tough and compact device which weighs less than a pound and enables military units to optimize power for multiple electronic devices, including portable radios, GPS systems, medical instruments, Explosive Ordinance Demolition equipment as well as tablet and laptop computers.

The SPM-622 can draw power from any source – including battery, solar, vehicle, AC, or scavenged energy sources – to run equipment or recharge batteries. It delivers deployment-proven benefits to military forces that include:

The SPM-622 Squad Power Manager system is developed and is produced by Protonex at the company’s facility in Southborough, Massachusetts. To date more than 5,000 units have been deployed by the United States and NATO Partner Nations.