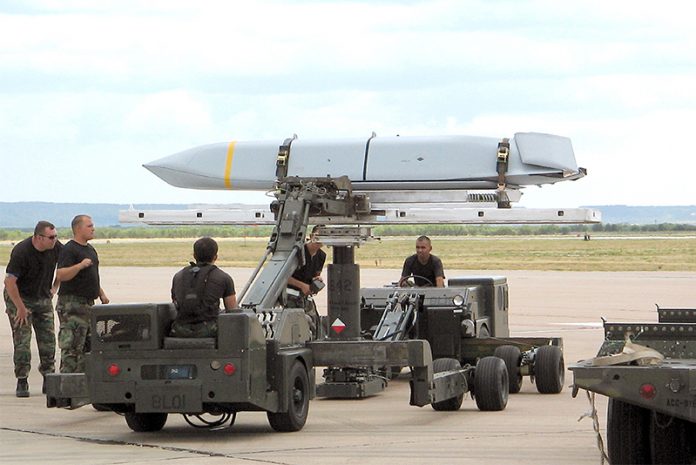 Though the Rockwell B-1B Lancer can carry up to 24 JASSM missiles in its internal weapons bays – more than any other platform – the two B-1Bs involved in the attack launched just 19 JASSM-ER missiles between them. 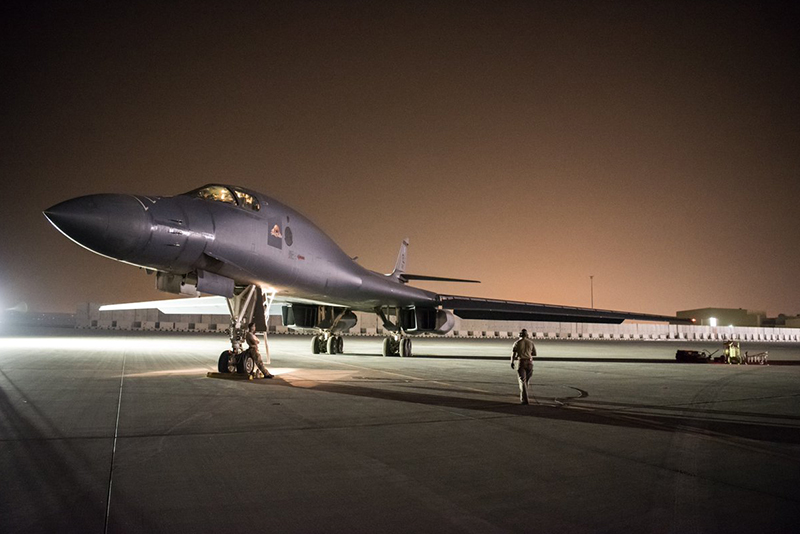 JASSM-ER is an extended range derivative of the original AGM-158A JASSM, powered by a new Williams International F107 turbofan engine, and carrying a larger fuel load, giving more than two-and-a-half times the range of the baseline first-generation JASSM (620 miles compared to about 200 miles). The weapon is a low-observable autonomous, air-to-ground, precision-guided standoff missile, whose long range allowed it to be launched from well outside the range of Syria’s surface-to-air missile (SAM) sites.

JASSM is usually programmed before take off, but can be retargeted in flight, adding new waypoints. Guidance is by GPS and INS, with an onboard imaging infrared seeker for the terminal phase. It is optimised to operate in contested and heavily degraded GPS environments.

JASSM-ER was declared operational on the B-1B in December 2014, though it has been reported that the weapon was not actually approved for combat use until February 2018.