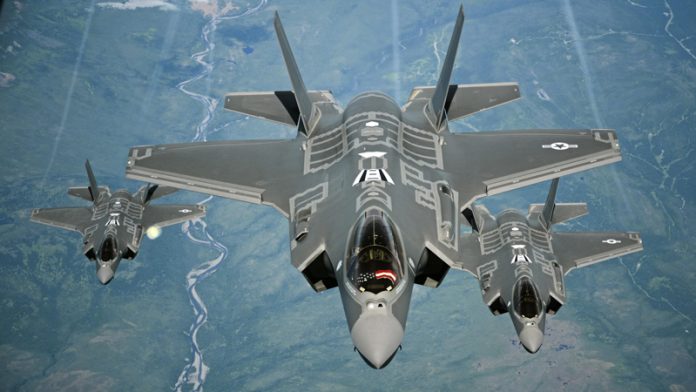 The US Air Force (USAF) may have to cut its planned buy of 1,763 Lockheed Martin F-35A Joint Strike Fighters by about one third (590 aircraft) if it cannot bring spiralling support costs under control, according to an internal USAF analysis reported by Bloomberg (30 March 2018).

The report noted that the Air Force has “very limited visibility” into how funds being paid to Lockheed for “contractor support” are actually being spent.

The document concluded that operational and support costs (currently estimated at $3.8 billion per year) will need to be reduced by 38 percent over the next decade, Bloomberg reported. Ellen Lord, the Under Secretary of Defense for Acquisition and Sustainment said that: “Right now, we can’t afford the sustainment costs we have on the F-35, and we’re committed to changing that.”

The new document adds to the bad news delivered by the US Government Accountability Office in October 2017. The GAO judged that while: “there is little doubt” that the F-35 “brings unique capabilities to the American military, without revising sustainment plans” the United States was “at risk of being unable to leverage the capabilities of the aircraft it has recently purchased.”

Further troubles were detailed in the 2017 Director of Operational Test and Evaluation (DOT&E) Report, published in January 2018. This concluded that operational suitability of the F-35 fleet remained below requirements and was dependent on work-arounds that would not meet Service expectations in combat situations. The DOT&E report said that overall fleet-wide monthly availability rates had remained at around 50 percent (unimproved since October 2014, despite the increasing number of new aircraft), with a growing proportion of the fleet unable to fly while awaiting replacement parts.

Nearly 200 of the 280 F-35s delivered are now categorised as non-combat rated and in need of upgrade, and many now fear that the cost of the hardware and software modifications needed to bring these early F-35As up to the current standard may be prohibitive. About half of the fleet are unavailable for flying at any one time.

And there is more trouble on the horizon, with the aircraft’s unit cost still higher than is affordable, according to Vice Admiral Mat Winter, the F-35 Programme Executive Officer.

“The price is coming down, but it’s not coming down fast enough. I will tell you that I am not as satisfied with the collaboration and cooperation by Lockheed Martin. They could be much more cooperative and collaborative, and we could seal this deal faster. They choose not to, and that’s a negotiating tactic,” the Admiral said.