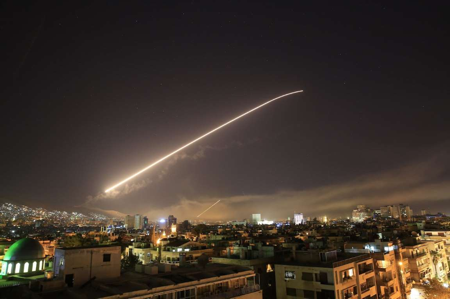 On Friday April 13, forces from France, Britain and the U.S. launched combined strikes on three military targets associated with Syrian President Bashar al-Assad’s chemical weapons program, including a research and development facility outside the capital Damascus.

President Donald Trump ordered the military intervention as punishment for so called Syria unleashing chemical weapons April 7 in the terrorists-held town of Douma.

Russian General Staff has opened several interesting facts of the strike against a sovereign country. The United States, Great Britain, and France assess the strikes as successful. They claim that all the missiles hit the assigned targets. At the same time the Research Center in Barzah is allegedly hit by seventy-six cruise missiles, and the storage of Him Shinshar – with twenty-nine cruise missiles. In total, according to the US representatives, 105 missiles were fired.

The Russian experts carried out a detailed analysis of the results of the strikes. The collected fragments of missiles, study of shell craters, and the nature of destruction of objects allow concluding that no more than twenty-two hits of a hundred and five reported ones have been fixed in the target area.

Only thirteen hits from seventy-six declared ones were found in the area of the Barzah Research Center. This is evidenced by the nature of the destruction of buildings and structures of this Center and completely preserved buildings that are around it at a distance of not more than one hundred meters. 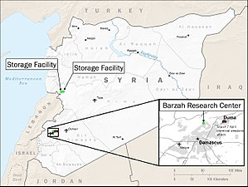 Even if to take into consideration that explosive of the warhead of the Tomahawk cruise missile ranges from 150 to 200 kilograms, according to the American version, without air-ground missiles fired from two B-1B bombers, not less than eight and a half tons of explosives were to explode in the area of the target. As a result of such an explosion, the Barzah Research Centre was to suffer much more damage. However, it is not observed.

The obtained intelligence and objective monitoring data from air defence systems, work on the ground, and a survey of witnesses show that Pantsyr, Osa, Strela-10, Buk, Kvadrat, and S-125 air defence missile systems, covering the capital of Syria and Duvali, Dumayr, Blai, and Mazzeh nearby airfields of the Syrian Air Force, hit forty-six cruise missiles.

Taking into consideration trajectories of missiles’ flight and capabilities of the Syrian air defence systems, they were all struck in five interception areas, three of which are located in the west of the Syrian capital, and two ones – to the east.

Fragments of cruise missiles found in these interception areas have characteristic holes from the striking elements of anti-aircraft guided missiles. There are marks with serial numbers, dates and manufacturers, and other data on mechanical units and components. Specialists will be able to easily identify the belonging of these fragments. Some of them are demonstrated at the exposition. 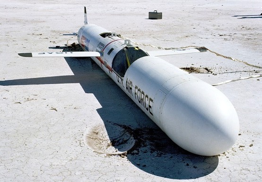 Part of the missiles did not reach the targets, apparently because of technical malfunctions, creating a threat of destruction of civilian objects and the death of civilians. Two of them, including the Tomahawk cruise missile and an air high-precision missile, were transported to Moscow.

Now they are being examined by Russian specialists. The results of this work will be used to improve Russian weapons.

At the same time, the largest damage to expensive and so-called “smart” missiles was caused to economic buildings that have nothing in common with military activities.

In total, 20 missiles were shot down in three areas of the responsibility zone of air defence of Homs by Pantsyr, Osa, Buk, S-125, and Kvadrat air defence missile systems of the Syrian armed forces. 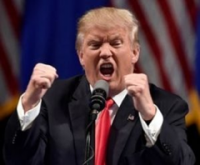 It is to be noted that most high-precision missiles were shot down by S-125, Osa, and Kvadrat Soviet-made air defence systems.

Of course the Pentagon has denied these evidences.

No any doubts that the Syrian air defence system will be improved soon. Russian specialists will continue training Syrian military personnel, as well as assisting in mastering new air defence systems, supplies of which are to be carried out in the near future.

As a far-fetched pretext, Washington and London called the Syrian Government’s application of chemical weapons against civilians in the city Duma on April 7. While observers the Organization for the Prohibition of Chemical Weapons were supposed to start its investigation on the alleged incident only April 16. All this shows the futility of the chosen cause.

In the words of Donald Trump, the United States should seriously punish Russia and Iran.

British Prime Minister Theresa May generally impressed the World with her vision for the purpose of aggression against Syria, calling it operation to save Syrian people. Mrs. May said: “This is not about intervening in a civil war. It is not about regime change. It is about a limited and targeted strike that does not further escalate tensions in the region and that does everything possible to prevent civilian casualties.”

Moreover the US, as a holder of chemical weapons, has no moral right to blame other countries.