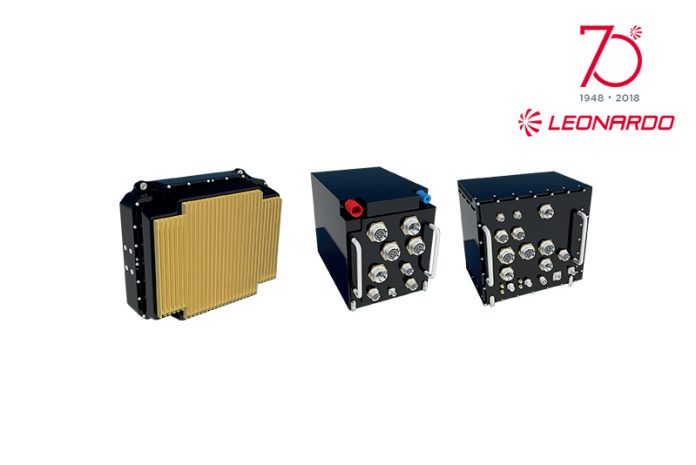 Leonardo, exhibiting at Farnborough Air Show 2018 (16-20 July), will unveil the latest in its portfolio of electronically-scanning (E-Scan) radars, the Grifo-E. The new radar will be on show to visitors in Leonardo’s static area (stand L1).

The Grifo-E is the evolution of the well received Grifo (M-scan) fire control radar for fighter aircraft, which has seen more than 450 units flying with six air forces. Re-using Leonardo’s proven E-scan antenna technology while adding a variety of advanced capabilities based upon a multi-aperture array and multi-channel receiver, Grifo-E offers high-spec E-scan fire-control capabilities in a cost-effective, lightweight and low consumption package.

Grifo-E is available for orders now. The system is expected to be qualified in 2019, with first deliveries ready to take place in 2020. It is suitable for light attack aircraft as well as larger aircraft. A flexible, modular system, the Grifo-E can be easily adapted to meet the installation constraints on a wide range of platforms.

The new radar has been designed and developed at Leonardo’s Nerviano and Edinburgh sites, making it a European radar product that is readily exportable internationally.

Grifo-E makes use of Leonardo’s leading Active Electronically Scanned Array (AESA) technology, also known as ‘E-Scan’, hence the ‘-E’ suffix. AESA technology involves a matrix of hundreds of tiny radar modules being used to ‘steer’ an electronic beam, rather than the radar physically moving to point a beam at a target. This means the beam can be moved around extremely quickly, allowing the radar to perform multiple tasks simultaneously.

Because the building blocks of the Grifo-E are mature, proven technologies owned by Leonardo, the Company has been able to invest in developing a range of advanced new modes for the radar, fully exploiting the capabilities of AESA, a multi-channel receiver and multi-core processing units.

Meanwhile, visitors to Farnborough Air Show will also be able to see Leonardo’s Grifo-346 (M-Scan) fire control radar in-place on-board the M-346FA (Fighter Attack) aircraft, also at the Company’s static area. The Grifo radar is currently at an advanced stage of integration onto the M-346FA and will contribute to the aircraft being able to effectively carry-out a wide range of both training and operational missions.

The Grifo-346 comes with a suite of field-proven air-to-air, air-to-surface and navigation modes, including high resolution SAR and ISAR. It is able to track up to 10 targets simultaneously in Track-While-Scan (TWS) mode and has a maximum range beyond 50 NM (92 km).