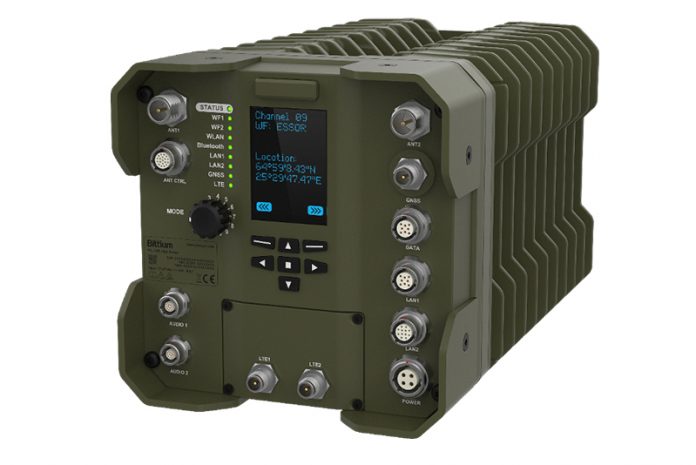 In the scope of the VCR 8×8 programme the Spanish Army will acquire new combat vehicles and related data transfer systems to replace their current, long-lived combat vehicles. Bittium Tough SDR Vehicular radios will be delivered to the temporary joint venture UTE 8×8 (Unión Temporal de Empresas) formed by the Spanish companies GDELS Santa Bárbara Sistemas, Indra and SAPA. After the pilot phase, the programme will continue with another phase during which a separate procurement decision will be made for the supply of vehicular radios to the combat vehicles that will be deployed by the Spanish Army. Participation in the pilot phase of the programme does not automatically guarantee participation in the following phase of the programme.

“The Spanish Army’s VCR 8×8 vehicle programme is the first foreign customer for the Bittium Tough SDR Vehicular radio and therefore an important milestone in Bittium’s internationalization efforts and in selling the new tactical Bittium Tough SDR radios abroad. The new radios will also include the ESSOR HDR Waveform, which will significantly improve the performance of the combat troops”, says Mr. Jari Sankala, Senior Vice President of Defense & Security at Bittium.

The two-channel Bittium Tough SDR Vehicular radio can flexibly use the best performing waveform considering the conditions and the mission, such as the Bittium TAC WIN Waveform™, ESSOR HDR Waveform and Bittium Narrowband Waveform™. The uniquely wide range of frequency bands in the radio improves combat survivability. Using several waveforms, even simultaneously, improves compatibility and enables operations on different levels and missions. Bittium Tough SDR Vehicular can also be installed with an LTE module in which case the radio can be used for creating a connection to commercial LTE networks.