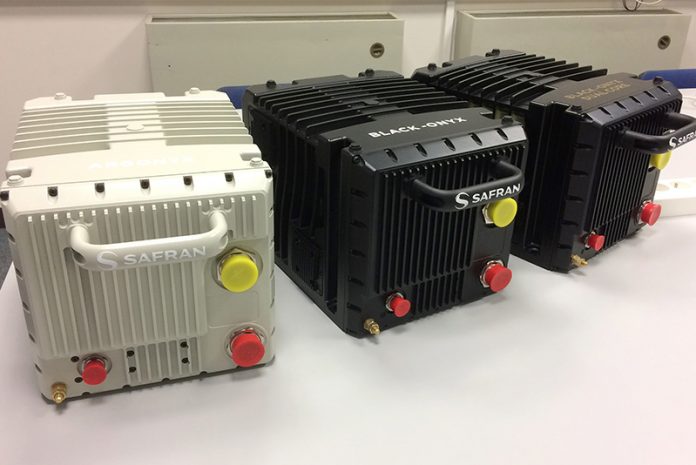 Drawing on feedback from its many products used in deployments around the world, Safran Electronics & Defense is introducing a complete range of inertial navigation systems for both surface vessels and submarines, designed to meet the expectations of today’s navies.

Thanks to the HRG Crystal™ hemispherical resonator gyro, patented by Safran, and complete support packages with minimum guaranteed down times and extended warranties, this new range offers a major step forward in terms of operational effectiveness, product integration and cost of ownership.

It also covers the full spectrum of naval requirements in terms of navigation precision, based on a wide variety of models in the family. The new Argonyx™ product line is designed for all surface vessels, from patrol boats and corvettes to frigates and aircraft carriers, while the Black-Onyx™ and Black-Onyx™ Dual-Core product lines cover all submarines, conventional and nuclear-powered, as well as air-independent propulsion (AIP) models.

These new navigation units are light, reliable and robust to meet the most demanding requirements for navigation and weapon system stabilization. They deliver all data needed for navigation: heading, roll and pitch, angular velocities, position and heave, vertical/horizontal speed and acceleration. They also offer high performance in environments without access to signals from global navigation satellite systems (GNSS), allowing submarines to run without surfacing for unprecedented periods. Compatible with Sigma 40 interfaces, they are fully interchangeable, which means they can be selected for modernization programs.

The introduction of this new range of shipborne inertial navigation systems, following the launch of the Geonyx™ range for army applications at Eurosatory 2018, marks a new step forward in Safran’s deployment strategy for the HRG Crystal™ gyro.

Safran Electronics & Defense is a legacy supplier of inertial systems, both civil and military, for land, sea, air and space applications. The company has built up globally recognized expertise in inertial navigation and positioning. Today, Safran outfits more than 1,000 ships – merchant marine, naval surface ships and submarines – and some 40 navies worldwide, with inertial systems and sensors designed and built in France.