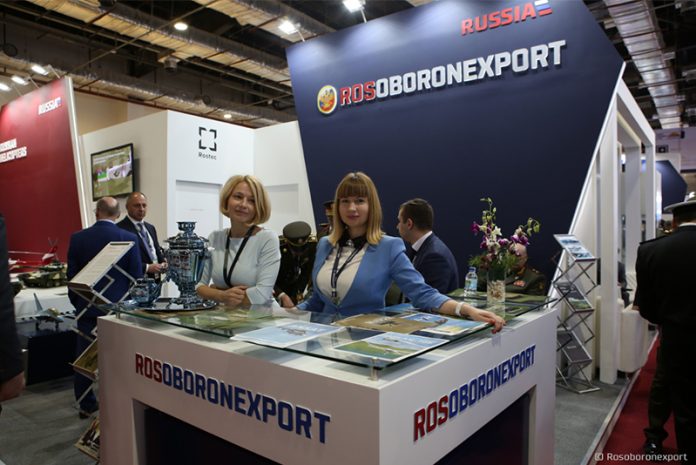 Rosoboronexport (part of the Rostec State Corporation) showcased 300+ pieces of modern Russian military hardware at the EDEX 2018 International Egypt Defense Exhibition. The event was held from 3 to 5 December in Cairo (Egypt).

“EDEX is the first large-scale defense exhibition in North Africa. Rosoboronexport sees enormous potential in the exhibition for cooperation. We will be exhibiting here most of new Russian-made export products that are now actively gaining positions in the global arms market. I am sure they will arouse a lot of interest among representatives of the armed forces of Egypt, North African and the Middle East countries, as well as guests from other regions of the world,” said Alexander Mikheev, Director General of Rosoboronexport.

At EDEX 2018, Rosoboronexport is the organizer of Russia’s single display that will be featuring products for all services of the armed forces from 11 major Russian defense manufacturers.

A full-size Russian Ka-52 Alligator scout/attack helicopter will be demonstrated at the exhibition.

The S-400 Triumph air defense missile systems, Tor-M2E and Buk-M2E SAM systems, Pantsir-S1 self-propelled anti-aircraft gun/missile system, as well as the Igla-S and Verba MANPADS may be of interest to representatives from air defense forces.

Rheinmetall Mission Master UGV shows what it can do at Ammunition...