Home Regions Europe The Finnish Defence Forces has been authorized to make a purchase agreement... 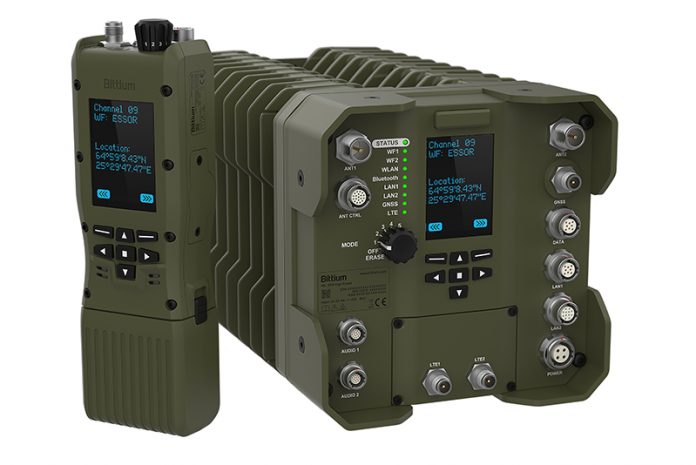 The Finnish Minister of Defence Jussi Niinistö has authorized the Finnish Defence Forces Logistics Command to enter into an Agreement with Bittium Wireless Ltd on the purchase of Bittium Tough SDR™ handheld and vehicle radios, and their related accessories.

The value of the Purchase Agreement currently under negotiations is at the maximum approximately EUR 13 million (incl. VAT). The new software-defined-radio based tactical radios will be used at the first phase by the Army and the delivery will be completed at the latest by the end of the year 2020. The purchase agreement does not change Bittium Corporation’s financial outlook for the year 2018 published on August 8, 2018 in the half-year financial report.

The purchase agreement will include terms for optional additional purchase, according to which, the Finnish Defence Forces have an option to purchase additional tactical radios and their related accessories, training and system management for the use of Army, Air Force and Navy, based on the prices agreed in the Purchase Agreement. If the purchase amounts would realize in full, the total value of the purchase would be EUR 257 million (including VAT) at the maximum.

As agreed in the Letter of Intent, the Finnish Defence Forces aim at making these additional purchases during the next ten years. The materialization of the purchase is affected by the yearly state budget allocations for the administrative of the ministry of defense. There will be separate purchase orders on these optional additional purchases.

The tactical radios are compatible with Bittium Tactical Wireless IP Network™ (TAC WIN) SDR based system already used by the Finnish Defence Forces. In the first phase, the tactical radios will be used by the Land forces. With this purchase, the Army will start a phased replacement of analogical field radios.