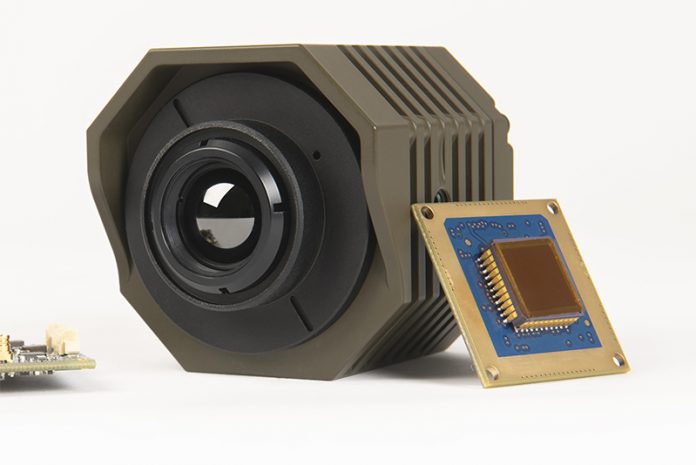 In November 2017, Exensor Technology became a subsidiary of Bertin Technologies, a French company involved in all stages of the innovation cycle, from R&D to the delivery of high added value instruments and systems. This acquisition strengthened and speeded up the strategic development of Bertin Technologies on the global instrumentation and surveillance market for defense and security application.

In an efficient product collaboration, Exensor and Bertin Technologies rapidly addressed the specific needs of one of Exensor customers in Asia. Four months after the beginning of their partnership, the engineering team successfully integrated Bertin’s optronic technology (CamSight) into Exensor SCOUT Camera module, thus creating the CamSight, a compact core camera

With the CamSight “shutterless” system, this new “Made in Europe” rugged module guarantees a fluidity and quality of image unequaled on the market. The CamSight requires a single factory calibration only without the need for any periodic calibration control. Having low-energy consumption, it perfectly suits missions with high-autonomy constraints: day/night vision for soldiers, surveillance and integration in autonomous vehicles or sensors (UAS, UGV or UGS).

The Flexnet wireless protection and surveillance platform is a Force Multiplier and a multi-mission capability suitable for several type of missions including area surveillance, force protection tasks and intelligence gathering. Flexnet is a scalable platform, in the smallest form consisting of a handheld PDA unit and a few sensors up to larger systems for protection of camps and integrating into existing Battle management systems (BMS).