Home Print Articles 2019 Winds of change in the Fighter market 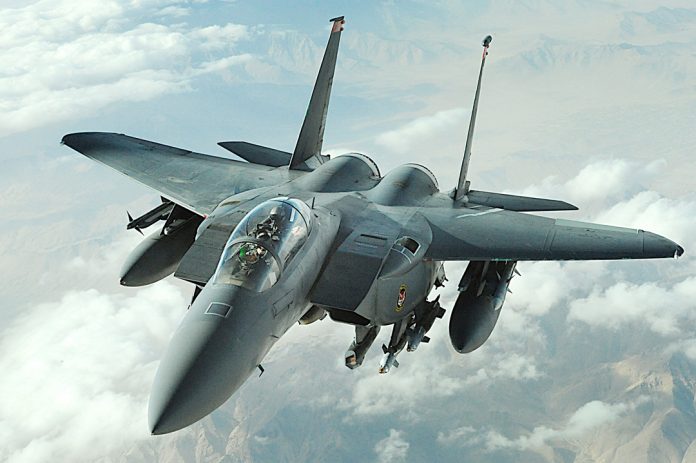 Andrew Hunter – Very little stirs the blood in defence quite like a good fighter competition. Fighters are glamorous, eye-catching, and expensive. They are the crown jewels of military gear. This means that fighter competitions, when they are actually held, are fiercely competed.

Over the last two decades, however, competition seemed more the exception than the rule. Many awards simply went to domestic industrial champions. Industry consolidation after the end of the Cold War meant that competition took place among a smaller number of players. Meanwhile the increasing sophistication of fighters, especially their on-board electronics, meant that fighter costs grew. These trends, a decrease in the number of fighters in competition coupled with increasing costs, seemed perfectly consistent with one another and potentially immutable.

It’s no wonder then that when global defence budgets started increasing again in 2016, fighter expenditures (along with other aviation expenditures) were a big part of the story. As I discussed in a previous column, the growth in aviation spending was impressive, but it was also likely to bump up against natural budgetary limits at some point.

It turns out that this has already occurred, with US aviation spending retreating a little in 2018 and with the 2019 and 2020 defence budgets giving little reason to expect a major resumption in aviation spending growth. Even as growth in the size of the fighter market began to taper, another surprising trend has taken hold.

While industry remains quite consolidated, the number of potential competitors in the market is now actually growing. The reason for this growth is an intriguing combination of old and new that potentially heralds a major shift in how we think about delivering military capability.

One of the biggest factors in increasing the number of competitors in the market is the unwillingness of 4th Generation fighters to fade away. Upgraded versions of the Lockheed Martin F-16, and Boeing F-18 and F-15 remain viable competitors in the international market and the US Department of Defense (DoD) has actually proposed to restart US Air Force (USAF) purchases from the F-15 line in 2020 for the first time in over 15 years. Other 4th Generation competitors such as Saab, Dassault, and Eurofighter continue to find market share even as the F-35 has proven to be an international sales powerhouse.

At the same time, new designs and new partnerships seemed poised to enter the market, adding to the competition. Boeing bid aggressively in 2018 to win the USAF trainer competition with a combined offering with Saab that seems likely to develop into a fighter/attack variant.

The UK, Germany and France are all talking about developing next generation fighters as are Japan and South Korea. In the longer term, the USAF and US Navy are contemplating fighter concepts as successors to the F-35.

Meanwhile, unmanned systems, such as Boeing’s MQ-25, and light attack aircraft, such as the Embraer A-29 and Textron AT-6, remain under serious consideration for purchases. Today, any modernising Air Force is presented with an almost bewildering array of choices.

The increasing competition in the fighter landscape has actually started to have an impact on cost. The upcoming dogfight between the F-15 and the F-35 that will occur as the US Congress debates the 2020 budget will consider purchase prices for these aircraft of about $80-85 million per aircraft, roughly equivalent in inflation-adjusted terms with the price of their less advanced predecessors from the 1990s. Indeed, it appears that sustainment costs, rather than purchase price, are likely to determine the winner in this debate. And the curtailment of seemingly ever-increasing aircraft prices seems likely to point to a deeper shift: a blurring of the distinction between high-end fighters and other aircraft that perform similar missions.

The classic fighter characteristics of speed, range, and payload, are being replaced by demands for data collection, communications links, and situational awareness.

These capabilities are delivered by payloads, and the aircraft flying these payloads could increasingly become commodity items for many nations. In turn, the payloads are powered by software. It is quite possible that the key to success in the fighter market in coming years won’t show up in any way at airshows, but will reside in the ability to protect and upgrade mission software faster than the competition. Such a competition could lead to unpredictable outcomes.

Writing good software and rapidly iterating it is something that the traditional organisations of defence industry and defence acquisition struggle with. As a result, we may see major shifts in fighter industry structure, profitability, and competitiveness in the coming decade depending on who is able to build advantage in this area of expertise.