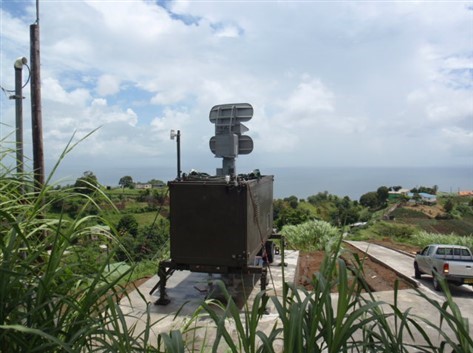 ELTA Systems, a subsidiary of Israel Aerospace Industries (IAI), was contracted by the Government of Barbados (GoB) to upgrade and provide additional features and capabilities to the Integrated Coastal Surveillance System – ICSS. The initial coastal surveillance system (ELTA reference number ELI-3310) was installed by ELTA and deployed in 2008. During the Caribbean Basin Coastal Surveillance and Maritime Security Summit (CABSAC) on March 26-28, 2019, dignitaries will be able to visit the system located at the District ‘A’ Police Station. They will get an up-close view of the upgraded facility and its newest features.

ELTA deployed the initial project to provide the GoB a comprehensive Maritime Situational Awareness (MSA) picture and surveillance capabilities against threats and unlawful activities emanating from the sea. The project included a National Command and Control Center (NCCC), radars, E/O cameras, Automatic Identification System (AIS), meteorological sensors and other supporting infrastructure. The new contract includes upgrade of sensors, computers and servers, as well as the Command & Control software including the communication network. One of the features is the capability to transmit an MSA picture from the NCCC to the coast guard vessels in real-time. This upgrade provides a substantial improvement to the legacy system.

The key sensor used for this program is ELTA’s ELM-2226 Advance Coastal Surveillance Radars (ACSR). The ELM-2226 is optimized for the detection of all types of surface targets even under adverse sea conditions. The radars are designed with state-of-the-art solid-state Linear Frequency-Modulated Continuous-Wave (LFMCW) transmission technology that offers enhanced efficiency and accuracy. The radars feature continuous, automatic detection and tracking of more than 900 targets thereby providing a reliable tactical situation display. The ELM-2226 has an impressive detection range of 20 Nm for rubber boats, 60 Nm for patrol craft and up to the radar horizon for large ships.

Yoav Turgeman, ELTA President & IAI Executive VP, said, “We are grateful to our customer for their steadfast support of ELTA. We provide professional services and make it a practice to work with local companies to assist in the deployment of the programs as was the case for the project in Barbados. During the CABSEC exhibition, visitors will have the opportunity of observing this advanced system. We do our best to understand our customers at all levels and provide them solutions that not only meet their requirements but excel beyond them.”