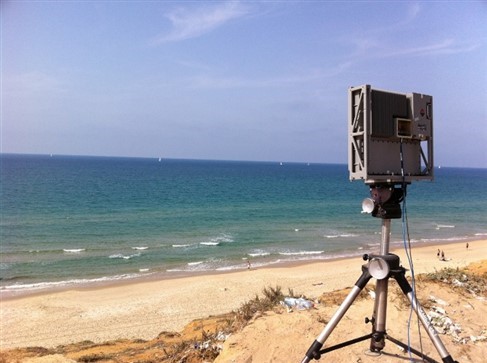 ELTA Systems, a subsidiary of Israel Aerospace Industries (IAI), was awarded a contract by Italy’s Guardia di Finanza valued close to 10 million USD to replace ELTA’s legacy coastal surveillance radars (ELM-2226) that have been monitoring the coasts of the Mediterranean Sea since 2001. Guardia di Finanza’s satisfaction with the radars overall performance and reliability convinced them to replace the current installation to the newest generation of staring persistent surveillance radars.

ELTA is collaborating with AlmavivA S.p.A. who shall be the prime contractor for this program. AlmavivA, with 42,000 employees worldwide, is one of Italy’s largest conglomerate specializing in system integration for projects dealing in communication, government, transportation, financial as well as defense.

Europe, specifically Italy, has been challenged by illegal immigration routes from the Mediterranean Sea. The legacy radars were vital in assisting authorities to successfully counter these illegal activities. The new radars shall provide enhanced detection capabilities and protect against other activities that can threaten a coastline such as illegal smuggling, drug trafficking, illegal fishing or damage to the ecosystem.

ELTA’s ELM-2112 V22 persistent coastal surveillance radars were selected for the upgrade. The V22 is the latest addition to the ELM-2112 family of advanced all-weather high-resolution radars. Featuring simultaneous multi-beam holographic/staring technology, the lightweight radars provide persistent surveillance and instantaneous target detection and tracking over a wide area with high probability of detection and low false rates. The radar can monitor far and wide the coastal range and detect ships up to the radar horizon, sail boats (up to 16Nm), rubber boats (up to 12Nm), swimmers (up to 2,500m) and pedestrians on shore. These radars offer unprecedented surveillance capabilities including ELTA’s unique ability to detect swimmers.

Yoav Turgeman, ELTA President & IAI Executive VP, said, “ELTA has invested R&D effort in improving our sensor technology and system capabilities for protecting a sovereign’s coastline. This resulted in ELTA producing a variety of specialized and innovative products utilizing the latest technologies that are flexible and adaptable to our customers’ unique requirements. We are very grateful to Guardia di Finanza for their support and selecting again ELTA as their supplier.”