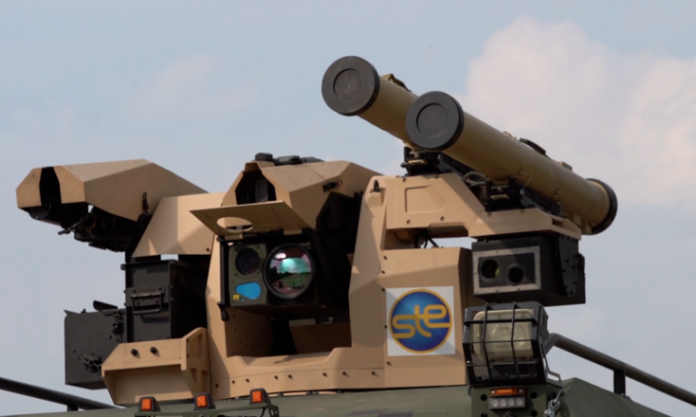 The qualifying trials of the first Ukrainian-Turkish anti-tank missile launching system “SERDAR”, developed for a foreign customer, have been completed in Ukraine.

Henceforth, the joint development of the Turkish company “Aselsan” and the “Ukroboronprom” enterprises  – “Luch” Design Bureau and “SpetsTechnoExport” company has been ready for serial supplies within the existing contract with a foreign customer. Developers expect that MoD of Ukraine and Turkey will also be interested in the new System.

The Turkish company acted as the developer and integrator of the System, in particular, of stabilization system, fire control systems, targets detection and tracking system, infrared/video imagers and laser range finder, etc. In turn, “SpetsTechnoExport” provides supply and integration of anti-tank guided missiles “SKIF” developed and produced by “Luch” Design Bureau as well as guidance and control systems to them.

“SERDAR” anti-tank missile launching system is a versatile remotely controlled and stabilized weapon system that provides high effectivity of defensive and offensive operations against ground targets in day/night and adverse weather conditions. As a main weapon, the System carrying a mobile version of the precision guided anti-tank munition “SKIF” with two (in separate versions – four) launchers for RK-2S missiles. These 130 mm caliber precision missiles are capable of destroying the target at a distance of 5 km and breaking through armor of 800 mm thickness behind dynamic protection. Also, the System is equipped with two machine guns calibers 12.7 mm and 7.62 mm. In case a request of customers, “SERDAR” can be equipped with launchers for RK-2M 152 mm caliber precision guided missiles. In such case, the combat range of the missiles will be 5.5 km, and armor piercing capability will increase up to 1100 mm behind dynamic protection. 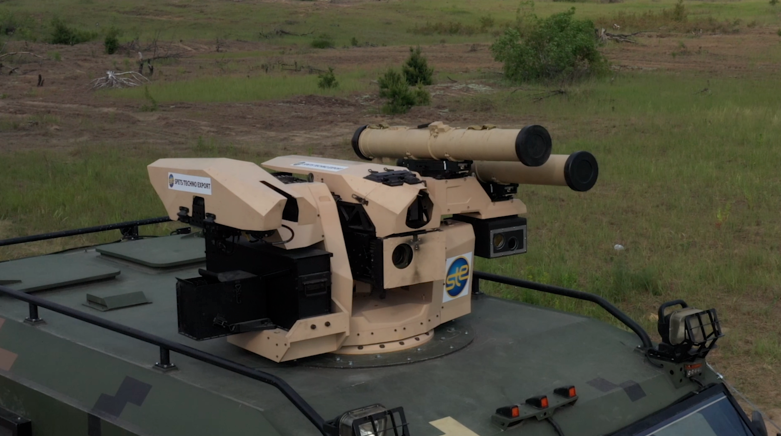 The System is light weight, low volume and suitable for integration with a variety of existing or new armoured high mobility fighting vehicles, considerably upgrading their lethality. It allows the system to be operated from inside the vehicle with a high degree of precision to protect the gunner or/and commander.

This project is the first example of joint promotion of Ukrainian-Turkish defense products to the markets of third countries. For the first time, the “SERDAR” anti-tank missile launching system was demonstrated during the test in Ukraine in May 2018. 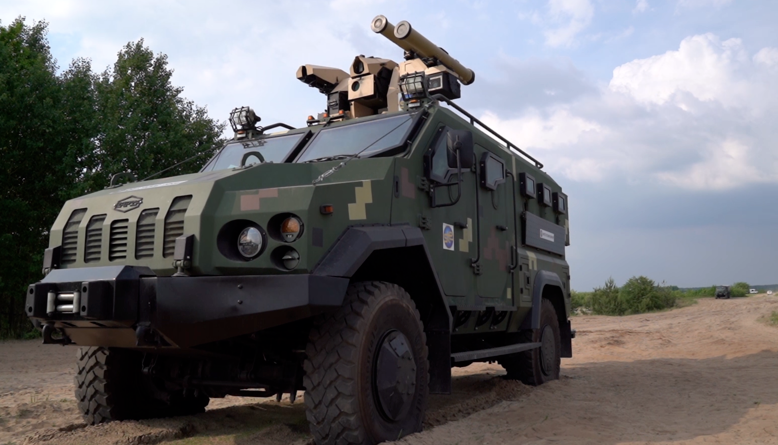 Recall, that during the IDEF’19 “SpetsTechnoExport” solemnly initialed a contract with the Turkish “MKEK” for supply of 120 mm anti-tank laser guided missiles “Konus”, developed and produced by the “Luch” Design Bureau.

Also, “SpetsTechnoExport” has signed a series of contracts with the Turkish company “Aselsan” to import military products from Turkey for the needs of the Armed Forces of Ukraine. In particular, the Ukrainian side is planning to import cooling thermal imagers for installation on guided anti-tank munition, as well as to receive the next batches of UHF military communication systems. 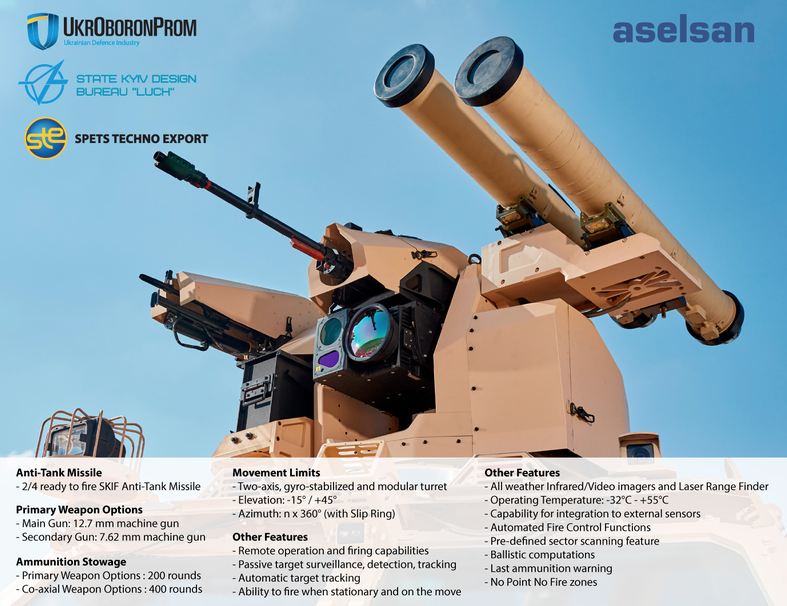