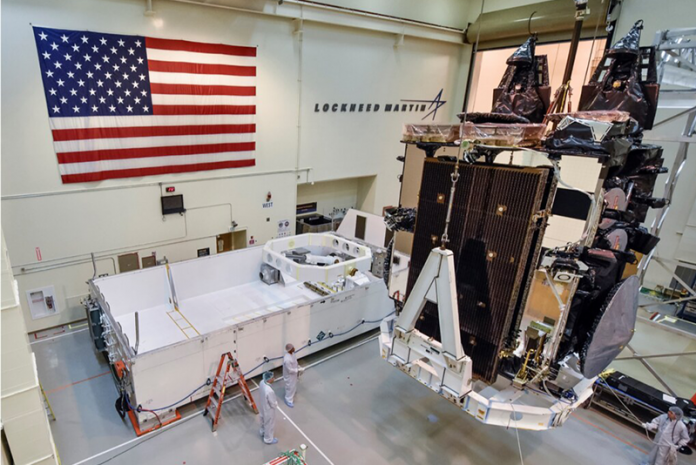 The Lockheed Martin-built AEHF-5 satellite is now responding to the squadron’s commands as planned. The squadron began “flying” the satellite shortly after it separated from its United Launch Alliance Atlas V 551 rocket approximately 5 hours and 40 minutes after the rocket’s successful 6:13 a.m. ET liftoff.

“This fifth satellite adds an additional layer of flexibility for critical strategic and tactical protected communications serving the warfighter. This added resilience to the existing constellation will help ensure warfighters can connect globally to communicate and transmit data at all times,” said Mike Cacheiro, vice president for Protected Communications at Lockheed Martin Space. “In the weeks ahead, AEHF-5 will move towards its operational orbit, deploy all of its solar arrays and antennas, and turn on its powerful communications payload for a rigorous testing phase prior to hand over to the Air Force.”

Lockheed Martin designed, processed and manufactured all five on-orbit AEHF satellites at its advanced satellite manufacturing facility in Sunnyvale, California. The next AEHF satellite, AEHF-6, is currently in full production in Silicon Valley and is expected to launch in 2020.