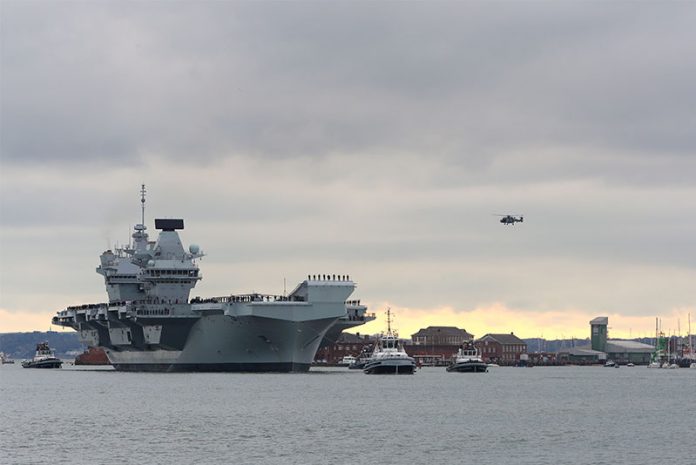 The UK’s second Queen Elizabeth class aircraft carrier, HMS Prince of Wales, sailed into her homeport of Portsmouth for the first time on Saturday 16 November.

Over two years earlier, the first in class HMS Queen Elizabeth’s made the same entry in August 2017.

The carrier sailed from Rosyth, where she was assembled, in late September with a mixed ship’s company of Royal Navy sailors (600-plus) and 320 civilian contractors on board to take her through an autumn of trials in the North Sea.

HMS Prince of Wales’s arrival means Portsmouth Naval Base is now home to two aircraft carriers. The yard has been modernised to accommodate them, two of the largest warships ever to serve in the Royal Navy, with £30 million spent on strengthening and upgrading the base’s Victory Jetty.