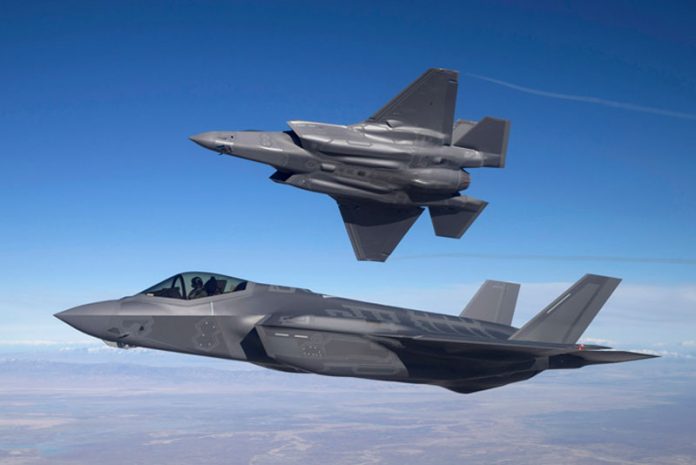 Trade has always been a tool of statecraft, but its prominence here has risen markedly in recent years and the connection to national security has become quite explicit.

The Trump Administration has cast its tariffs on Chinese imports as part of confronting a strategic competitor. It has also justified tariffs on aluminium and steel on a range of countries, including bizarrely several allies, as being required on national security grounds. After decades of effort on the trade front to reduce or eliminate tariffs and non-tariff trade barriers, tariffs as a tool of state competition are, quite suddenly, back.

In contrast to commercial trade, defence trade has always been seen primarily as a tool of national security, with arms transfers used to solidify alliances as well as reward and strengthen security partners while supporting domestic industries on both sides. On the other hand, countries that are security competitors usually have little to no reciprocal defence trade. While the trade trend overall is towards greater focus on and influence of national security concerns, more closely mirroring traditional defence trade, defence trade is undergoing its own shift.

The exemplar, as it is in so many things defence, is the Lockheed Martin F-35. The US and Turkey have come to a stunning rupture in the F-35 programme. Turkey, an early and critical partner which was on the verge of receiving its first aircraft, has been effectively expelled from the programme. Complicating the situation is the fact that Turkish companies have been major suppliers of parts for the F-35, relationships that must now be quickly unwound. The rupture happened over the Turkish Government’s decision to acquire the Russian S-400 air defence system, just a few short years after shooting down a Russian aircraft that it believed had violated its airspace. In the process, Turkey declined to procure a western air defence system in lieu of the S-400. While Turkey’s reasons for choosing the S-400, and deciding at the same time to pay a steep price on the F-35 programme, are not entirely clear. It is a stark demonstration that the usual rules of the international defence trade are shifting in unpredictable ways. Something that would have been inconceivable just five years ago.

A less dramatic, but perhaps no less important F-35 development is in the works in Asia, where Japan appears to be on the verge of requesting full partner status on the F-35 programme. While Japan for years sought to purchase Lockheed Martin F-22s to provide it with an air superiority fighter, Japan was persuaded to purchase the F-35 instead. Japan now seeks to join the original nine partner nations (at least temporarily down to eight with Turkey’s departure) as a core participant. It is rumoured that Washington may be reluctant to grant Japan this on the basis that partnership status must be limited to the original partner nations who contributed to the programme’s development years ago. But the ramifications of denying Japan full partner status could be even more significant than Turkey’s withdrawal. The likely effect would be to spur the development of indigenous fighter aircraft in both nations. While neither of these indigenous aircraft efforts are likely to become competitors at the top end of the international fighter markets, a further splintering of the fighter market only reduces the strategic national security benefits that the F-35, and other western defence trade strategies, are designed to foster.

Given that the Cold War has been over for approximately 30 years, it is perhaps not surprising that East/West alliance structure, which has largely persisted in defence trade over this time, may break down.

Will some countries decide to refocus their defence trade around authoritarian regimes that are unlikely to demand concessions on human rights and may be more willing to share technology? Will countries redouble their efforts to develop indigenous systems that provide less capability at higher cost, straining already strained western defence budgets? Will new poles of industrial cooperation develop between Asia and the Middle East reducing US or European involvement? These questions mirror the larger uncertainty about whether the global security system is evolving toward a multipolar or a new bipolar orientation.

Defence trade relationships have long lives, which suggests that they will be a lagging indicator of the development of a new global security structure. However, the evidence is already pretty clear that the winds of defence trade relationships are already swirling and the path ahead is becoming unclear. Arms exporting nations are well advised to revisit all of their assumptions about what is motivating their security partners and how those motivations may change with long lasting implications.