Home Print Articles 2019 Russia and China – Roaming the globe together? 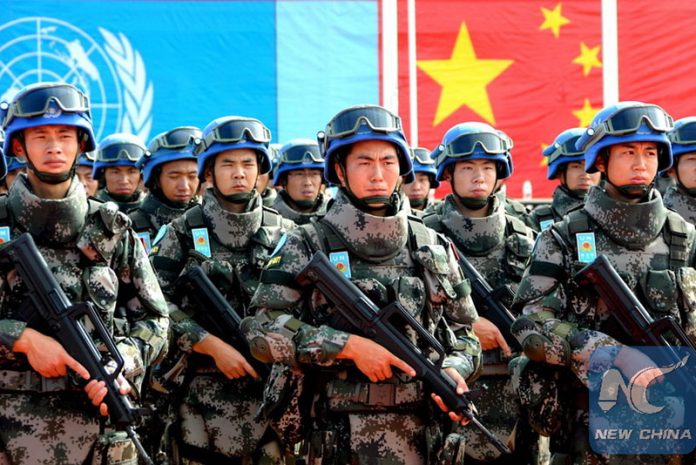 When any nation opens fire on aircraft from one of the superpower nations there is always cause for international concern.

On Tuesday 23 July, the South Korean government stated Republic of Korea Air Force (ROKAF) its F-15 and F-16 fighters had fired around 360 warning shots towards a Russian Beriev A-50 (NATO – Mainstay) airborne early warning and control (AEW&C) aircraft which entered, on at least two occasions it is claimed, a South Korean air defence identification zone near to the disputed Dokdo islands (also known as the Liancourt Rocks and Takeshima) in the Sea of Japan. Japan also claims sovereignty of the islands.

Although the A-50 is the only aircraft to have been fired upon, it was not alone. Russian and Chinese air forces were conducting what they have described as a joint long range air patrol over the Sea of Japan. The mission reportedly comprised two Russian Tupolev Tu-95 (NATO – Bear) strategic bombers and two Chinese Xian H-6 (NATO – Badger) bombers, with additional support being provided by the Russian A-50 early warning aircraft and a similar Chinese aircraft, a Shaanxi KJ-2000 (NATO – Moth). Both of the bombers are capable of deploying nuclear weapons/cruise missiles.

While both Russian and Chinese forces have conducted exercises together in the past, this new joint air patrol is out of the ordinary and many observers believe it was designed to sow uncertainty among Americas traditional allies in the region. President Trump’s respect for North Korean leader Kim Jung-un and the cancellation of joint exercises for a while was not popular in South Korea. Japan too has a territorial island dispute over the Kuril Islands (Russia) or Northern Territories (Japan), just to the north of Japan. The Taiwanese government must also regard the increasing military cooperation of Russia and China with a sense of dread, as its independence is guaranteed by the strength of the US Navy’s carrier capability.

But this is another sign of the ramping up of global military cooperation and patrolling by these two superpowers – the governments of which are closer now in terms of military cooperation than they have been for many decades. The Chinese People’s Liberation Army Navy (PLAN) is already in the Mediterranean Sea where, in 2017, it conducted live firing drills before heading to the Baltic Sea to join the Russian Navy in the first ever exercise there between the two countries, Joint Sea 2017 (Joint Sea 2019 was staged across the East China Sea and Yellow Sea).

Planners in Moscow and Beijing must be looking around the globe at areas where future military ‘exercising’ could take place. The PLAN now has an established naval support base (its first overseas) in Djibouti in the Horn of Africa. This offers a launchpad for joint exercises into the Arabian Sea and further into the Indian Ocean.

Russia’s backing of Venezuela’s past President Nicolás Maduro earlier this year, against his rival and declared new President Juan Guaidó, was also endorsed by China. With Russia having staged military air force exercises from Venezuelan airfields – two TU-160 bombers landed there in December 2018 – there is the potential that a future joint exercise could be staged through Venezuela, potentially going into the Caribbean Sea. Would this a red-line for the US (think the reasons behind the Cuban Missile Crisis of 1962)?

The concern to many western strategists will be how to counter this new global challenge. While the US and other nations, notably the United Kingdom with its legacy or Empire, have roamed the globe with their navies seemingly at will, there is now a push building up from two strategic opponents who seem to have the appetite to compete on the world stage as equals – if not more.