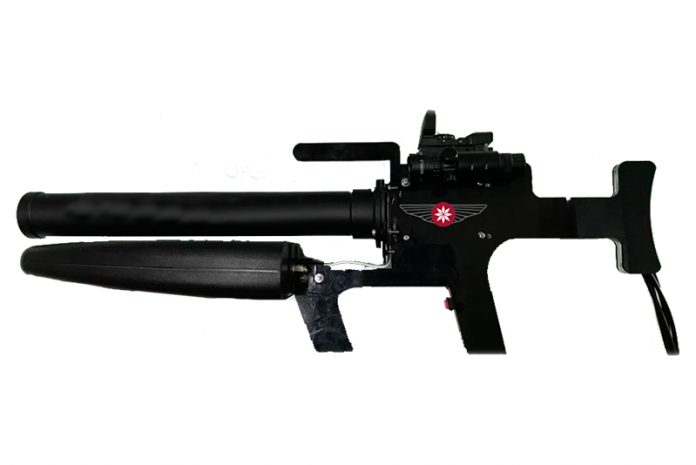 The Spanish Ministry of Defense has awarded Aeronautica SDLE the contract to purchase two anti-drone systems which will be used by the Guardia Civil. The devices are portable and act by inhibiting the signal of drones identified as potential threats.

These safety equipment developed by Aeronautica SDLE perform an inhibition that interrupts communications between the drone and its control station, neutralizing command and control transmissions, telemetry, video link and satellite signal.

An outstanding feature of these systems is its effectiveness against a limitless number of drones. According to the needs specified by the Spanish Ministry of Defense on its tender, these portable rifle-shaped anti-drones act through directive antennas.

Depending on the function for which they are required, the systems developed by Aeronautica SDLE may incorporate omnidirectional inhibition antennas to prevent against threats that have not been previously detected, such as multiple drones directed by several sides simultaneously.

As a drone manufacturer, Aeronautica SDLE has capability to develop customized anti-drone equipment, both detector and inhibitor systems, to protect against the criminal or malicous use of those. The Spanish company offers different versions of these security systems, for portable use, to integrate into vehicles or to be installed in fixed locations.

Although drones are solutions with high performance at industrial, security and defense areas, the growing easy access to commercial unmanned aircraft represents a serious threat due to the possible malicious uses. Public and private Institutions, industries, and especially critical infrastructures, need safety measures against uses such as espionage, data theft, information leaks, physical or cyber attacks and even terrorism.