During these extraordinary times where many of us are having to work from home or in an office with a much reduced workforce, I intend to produce a weekly emailed briefing that will be informative and provide some news highlights and generally stories that catch my attention.

Hope you find it useful.

US Army researchers have been trying to “rapidly develop and test experimental vaccines to combat COVID-19,” according to Army Secretary Ryan McCarthy.

There is joint cooperation between the Army, other parts of government and the private sector over “24 vaccine candidates”. Some of which have already been tested on animals and are destined for human testing.

According to McCarthy, “testing is at a rate of 810 samples per day and plans are to increase that to more than 16,000 per day.” He confirmed that the Army “has nine medical treatment facilities with clinical laboratories certified to conduct testing”. 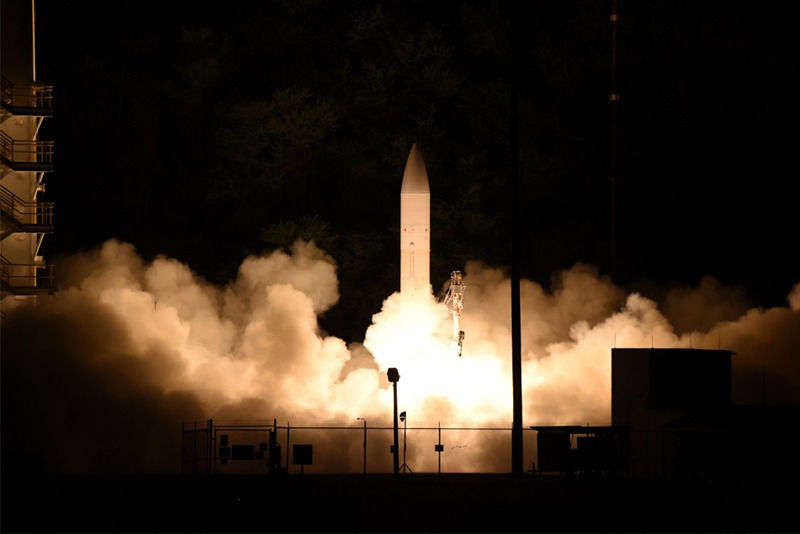 The Department of Defense (DoD), in a joint US Navy/US Army effort, has tested a hypersonic glide body (C-HGB) in a flight experiment conducted from the Pacific Missile Range Facility, Kauai, Hawaii, 19 March.

The work is being conducted to develop systems that can protect against adversary hypersonic weapons. Tracking data was collected by the Missile Defense Agency (MDA) and will be used in the development of hypersonic warfighting capabilities in the early- to mid-2020s.

”This test builds on the success we had with Flight Experiment 1 in October 2017, in which our C-HGB achieved sustained hypersonic glide at our target distances,” said Vice Adm. Johnny R. Wolfe, director, Navy’s Strategic Systems Programs, the lead designer for the C-HGB.

Hypersonic weapons travelling at around Mach 5 (five times the speed of sound) allows a target to be attacked from a great distance in just minutes.

The reason that such testing now has an element of urgency is that Russia claims to have already deployed hypersonic missies and only in January tested a naval launched Tsirkon (Zircon) hypersonic cruise missile, as reported by Reuters.

The article further quoted a source from Russian news agency TASS: “In accordance with the Tsirkon’s state testing program(me), in early January this year, the Admiral Gorshkov (ship) carried out the test launch of this missile from the Barents Sea to a ground target in one of the military ranges in the northern Urals. Allegedly the next test firing will be from a nuclear submarine.”

Phoenix Logistics was awarded a $516million contract to provide capabilities to the Joint Land Component Constructive Training Capability across the range of warfighting functions.

DynCorp International was awarded a $104 million modification option to provide maintenance and logistics support on all aircraft and support equipment for which the Naval Test Wing Atlantic has maintenance responsibility.

20-21 May: Defence Space 2020, the UK Ministry of Defence biennial space conference will be postponed. The Ministry of Defence is working with the Air and Space Power Association and conference venue to arrange a suitable date later in the year; partners, ticket holders and participants will be notified as soon as a workable solution is found.

Keep safe and healthy everyone