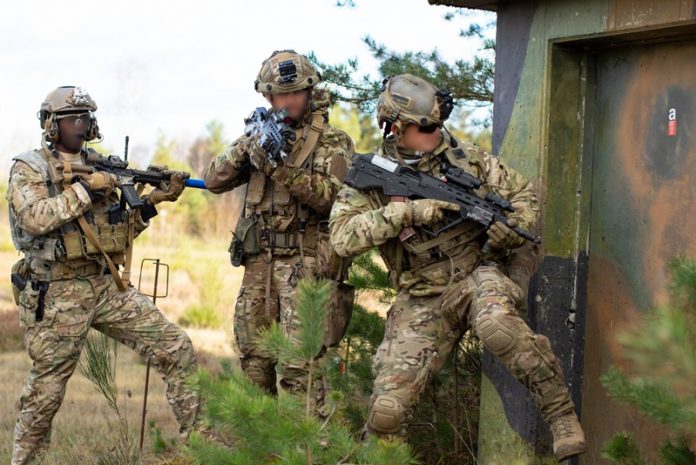 The strategic importance of Special Operations Forces (SOF) has never been higher as more capabilities are demanded of relatively small forces called to operate in increasingly complex environments.

Whether it be the conduct of special reconnaissance (SR) or direct action (DA) missions, humanitarian aid/disaster relief (HADR) or military assistance (MA) campaigns to develop local partner forces around the world, the spectrum of mission sets employed by the various international SOF groups continues to grow, bringing with it significant demands for ever better technology and materiel. As a result, government agencies continuously considering how to optimise these force components in the face of emerging competition.

Such a transformation of SOF was discussed by the US Joint Special Operations University (JSOU) at MacDill Air Force Base in Tampa, Florida, between 7-8 January. More than 80 participants from across US government, Special Operations Command (USSOCOM) and the Canadian SOF Command (CANSOFCOM) convened to study future challenges for SOF across the operating environment.

Considering the ‘Future Operating Environment’, the JSOU confirmed how it will be characterised by “peer, near-peer, and non-state competitors, with technologically advanced threats, ubiquitous surveillance, artificial intelligence (AI) enabled battle networks, an accelerating rate of change, globally scaled and interconnected information, and the increasing relevance of people and populations in competition and conflict”.

“In this increasingly complex environment, characterised by exponential advances in technology, shifting global order, and hyper-enabled adversaries, SOF must correspondingly optimise to confront these challenges.

“Future SOF must be more lethal, trans-regionally integrated, and effective in contested domains. We must field overmatch technologies and tactics that exploit adversary vulnerabilities and negate near-peer competitor advantages,” the document described before exploring a series of “revolutionary technological inflection points” including artificial intelligence, machine learning and cloud computing.

“We must develop new approaches to compete and fight in the future that provide asymmetric advantage and supported by the right technologies, equipment and capabilities,” the document added before highlighting the importance of multi-lateral partnerships throughout the international SOF community.

Technology areas of interest for SOF range from lethality and survivability through to the connectivity and mobility of small unit teams and operators with SOF commanders around the World also demanding disruptive technologies in the future. Examples include AI/ML and Big Data; emerging biotechnologies; advanced information and communications technologies; as well as optimised 3D printing.

Similar concerns regarding the future operating environment were raised in the biannual NATO SOF Commanders Conference which was last hosted by CANSOFCOM in Ottawa between 6-8 October and discussed SOF’s role in “peer-state competition, crisis, and conflict”.

According to NATO Special Operations Headquarters (NSHQ) commander, US Navy SEAL Vice Admiral Colin J Kilrain, Commander, SOF do not provide an end-to-end solution to the peer-state and GPC problem. Instead, he suggested how SOF could “thrive in contested spaces” in order to best contribute to operations and campaigns undertaken by the wider alliance.

Arguably the most famed special operation which was executed in 2019 saw the US Joint Special Operations Command (JSOC) successfully conducting a helicopter assault force (HAF) to kill or capture Abu Bakr Al-Baghdadi, leader of the self-proclaimed Islamic State.

Conducted on 26 October, the operation illustrated complexities associated with conducting such clandestine special operations in austere and expeditionary environments. According to Central Command’s General Kenneth F McKenzie, “actionable intelligence” had let to the development of the plan to conduct the special operations which was implemented by the US Army’s 1st Special Forces Operational Detachment-‘Delta’.

“The special operations team was staged in Syria and launched against an isolated compound in Idlib province about four miles from the Turkish border. We assess that he was hiding in Idlib province to avoid the intense pressure that had been put on ISIS in other areas of Syria,” McKenzie explained to the media while confirming how the assault team had been inserted by rotary wing with air support from attack helicopters, unmanned aerial vehicles and fourth/fifth generation fighters.

According to a Department of Defense (DoD) statement, the assault force surrounded the compound and conducted a ‘call out’ urging those inside to surrender peacefully. Five enemy combatants who failed to give themselves up were then engaged and neutralised with Al-Baghdadi self-detonating a suicide vest improvised explosive device inside a tunnel after being pursued by a military working dog and assaulters.

“After Baghdadi’s murder/suicide, the assault force cleared debris from the tunnel and secured Baghdadi’s remains for DNA verification,” McKenzie concluded.