Home Regions Europe Patria and the U.S. Army entered into agreement for a feasibility study... 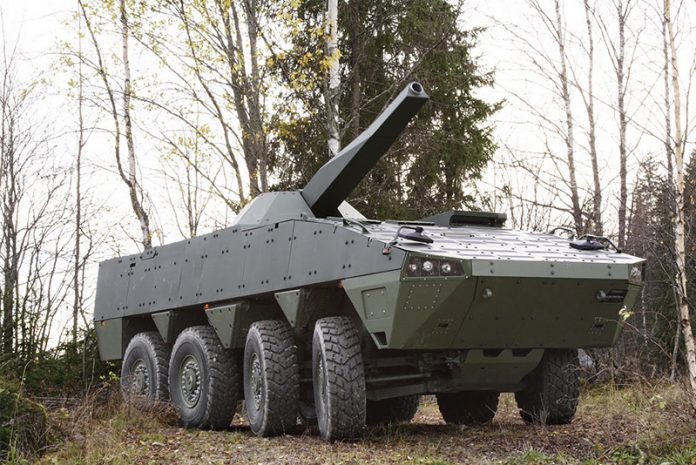 The scope of the agreement is to assess the capabilities of Patria Nemo mortar system, its compatibility with U.S. mortar carrier weapon platforms and fire control systems as well as to evaluate the use of current U.S. 120 mm mortar ammunition in a breech-loaded mortar, such as Patria Nemo.

This agreement is continuation of U.S. Army’s effort to provide Armored and Stryker Brigade Combat Teams with rapid, precise indirect and direct fire capability where the operating crew is well protected, and their physical burden is significantly reduced. In late 2018 the Army published a market survey to identify capable sources to develop and produce the 120 mm Mortar Future Indirect Fire Turret (FIFT). Patria answered the market survey based on Patria Nemo mortar system.

Patria Nemo is a turreted, remote-controlled 120 mm mortar system with both direct and indirect fire capability and can execute up to 6 grenade multiple rounds simultaneous impact fire missions. In addition to being highly protected, Patria Nemo is light, compact and easily installable on light, tracked chassis, wheeled armored vehicles or navy vessels.

“The agreement between the U.S Army and Patria exemplifies the capability leap that modern turreted mortar systems can introduce to armed forces and illustrates Patria’s leading role in this technology area. It is also logical continuation to the cooperation between Patria and the U.S. Government that began with Patria Nemo sales to a third country through a Foreign Military Sales (FMS) program”, says Jussi Järvinen, President of Patria’s Land Business Unit.

U.S. Foreign Military Sales is a form of security assistance that authorizes the U.S. to sell defense articles and services to foreign countries.