UAV THREAT CHANGES UP A GEAR (OR TWO)

The unmanned aerial vehicle threat has been transforming from its somewhat ‘Heath Robinson’ type image into something a lot more dangerous. A new paper, Drone Attacks Against Critical Infrastructure written by Dr. Scott Crino, founder and CEO, and Conrad “Andy” Dreby both of Red Six Solutions, points out the changes being made.

A webinar discussing the paper’s findings, was held on Wednesday 27 May and was organised by the Atlantic Council, whose aim is to devise programmes that promote political, economic and security issues and concerns.

During the keynote address made by Shaikh Abdullah bin Rashid Al Khalifa, Ambassador of the Kingdom of Bahrain to the United States, he stated that one of the emerging threats in the world is drone technology, which attacks capable of emerging from air, land or sea. He cited incidents in the Gulf, highlighting the unmanned aerial vehicle (UAV) attacks on the oil processing facilities in Saudi Arabia on 14 September 2019, and the attacks by boat earlier in May on tankers off the coast of the UAE city of Fujairah. He added that “bad actors can strike out without any risk to their own life.”

In Bahrain, the government has also witnessed attempts to smuggle components of explosives, ammunition and drones in by terrorist organisations backed by Iran. “We were the first country in the GCC to help in a prison break [1 January, 2017]…everything was managed through a drone that was used for communication between the parties.”

Dr Scott Crino, one of the co-authors of the paper, is a veteran attack helicopter pilot with the US Army, said that the explosion in drone players has been incredible in recent years – “40 percent year-on-year.” All this activity has led to designers “improving the capabilities, the user experience, and to add hardware and software to allow drones to be used in locations where people didn’t have to go.

The recent integration of frequency hopping has allowed operators “to select the channels that they want to operate in within bands and do frequency hopping, and even go outside standard ISM bands which makes detection incredibly difficult.”

Control of UAVs has been improved and miniaturised, from a 25lb ground station costing up to $50,000. A hand-held controller, such as a Pixhawk is now on the market which costs around $250, is easy to programme and can be used with a laptop. “Add to that autopilot, GPS and global navigation” and sometimes an inertial navigation system which allows flights to be maintained even after a brief loss of GPS signal.

Dr. Crino noted the improvement in threats from UAVs. Before the threat typically came from small modified civilian models such as DJI’s Phantom which would be modified to incorporate a simple drop mechanism delivering a small explosive device . Since then there has been a move away from popular commercial models due to the ability of authorities to develop counter-drone systems. There has been a move to customer built aircraft with customised readily available components which allows them to fly, faster, further and more stealthily. These are not necessarily quad rotor platforms and an increasing range of modifications are allowing a greater variety in attack profile and weapons. Examples include: point detonating and loitering point detonating attack; a rifle and grenade launcher compilation; variable size bomb/explosives drop; even flame throwers and biological/chemical dispersal techniques.

Upcoming aspirational threats can now include the use of jet aircraft integrated with an RF system, autopilot, GPS, and even room for payload. However, says Dr. Crino, “it flies 200mph autonomously (no radio for an RF sensor to detect), and the way the fuel engine is located, when the turbine heats up to 900 degrees C you don’t need explosive onboard. It this hits at 200mph is causes a lot of damage.

Mary Beth Long, co-founder and principal, Global Alliance Advisors; former Assistant Secretary of Defense for International Security Affairs, spoke about how UAS could now target individuals and specific targets with much more accuracy. She also raised the issue of accountability, in that their almost ‘stealthy’ attack was difficult to detect and prevent – and even attribute accountability.

Ms Long also brought up a potential conflict in arms sales, where an nation using UAV technology supplied by a potentially hostile state (to US aims) was also intending to buy and operate systems supplied through Foreign Military Sales (FMS). There could, she said, be a potential for technology could be stolen.

The full webinar is available at: https://www.atlanticcouncil.org/event/drone-attacks-against-critical-infrastructure-in-the-middle-east/ 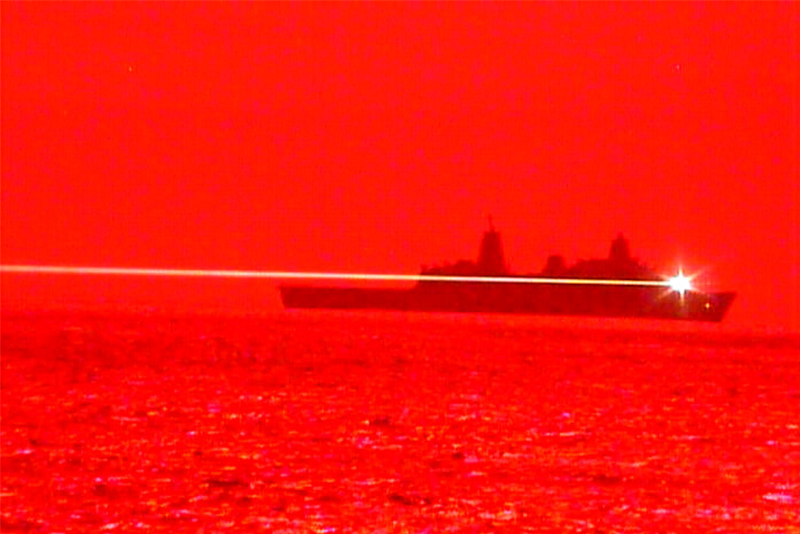 The amphibious transport dock ship USS Portland conducted a high-energy laser weapon trial against an unmanned aerial vehicle (UAV) on 16 May, successfully disabling it according to the US Navy.

This is the latest directed-energy weapon (DEW) to be trialled by the US Navy. A DEWs are defined as “electromagnetic systems capable of converting chemical or electrical energy to radiated energy and focusing it on a target, resulting in physical damage that degrades, neutralises, defeats, or destroys an adversarial capability.”

Captain Sanders summed up the significance the potential of such weapons: “With this new advanced capability, we are redefining war at sea for the Navy.” This represents the first operational employment of an LWSD on a Pacific Fleet warship.

Free Airshow From the Best Seat in Your House 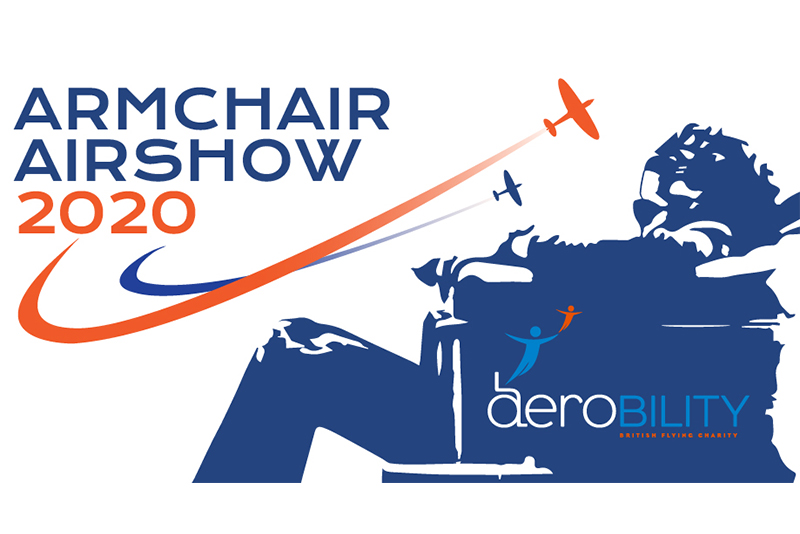 On Saturday 20 June, from 2pm – 6pm (BST), reserve your favourite chair at home and sit back to watch the Armchair Airshow 2020.

Organised by UK disabled flying charity Aerobility, the event will be live and free to watch through the Aerobility Youtube channel as well as through facebook.com.

Some of the highlights will include live pilot interviews, walk-throughs and never before seen air-display and in-cockpit footage. Aircraft footage will include Spitfire, Concorde, the Red Arrows, SR-71 Blackbird, Solar Impulse, F-35, F-104, F18, Vulcan, Chinook and the Blades aerobatic team.

According to the organiser, it will offer viewers “a family-friendly event” with insight that will also appeal to aviation experts.

Mike Miller Smith, Aerobility’s CEO said that the sponsorship and any charitable donations received will go towards supporting disabled flying in the UK.

Highlighting a selection of $100 million+ government awarded contracts awarded between 25-29 May 2020:

29 May
US ARMY
General Dynamics-OTS, received a $3.4 billion hybrid contract for production and engineering services for Hydra-70 rocket systems. Through US Army Contracting Command.

28 May
US ARMY
Ad Hoc Research Associates; Beshenich Muir and Associates; Digiflight; Integrated Defense Applications; Joint Research and Development; Man-Machine Systems Assessment; and Science and Technology will compete for each order of a $249 million hybrid contract to provide engineering and test support services across all directorates and divisions within the US Army Evaluation Center. Through US Army Contracting Command.

26 May
US NAVY
AECOM Technical Services; Aptim Federal Services; CH2M Hill Constructors; Environmental Chemical; Fluor Intercontinental; and Perini Management Services, are awarded a $1 billion modification to a contract for global contingency construction projects worldwide. The work to be performed provides for the Navy on behalf of the Department of Defense and other federal agencies for immediate response for construction services when authorized. The construction and related engineering services will respond to natural disasters, humanitarian assistance, conflict or projects with similar characteristics and will be predominately construction. Contracts via the Naval Facilities Engineering Command Atlantic.

EURONAVAL
20-23 October 2020, Paris, France.
“The Euronaval team remains determined and continues to moving towards to organise your meeting from 20th to 23rd October 2020 in Paris-Le-Bourget. We are adapting us to the new sanitary requirements, in order to welcome you to the exhibition with the best conditions of exhibition with the best exposure, meetings and work conditions.”

DX KOREA
16-19 September 2020, Seoul, South Korea
Statement from the organisers (82 May 2020): “Recognising the challenges which the world faces as a result of COVID-19, our dedication continues undiminished to deliver DX Korea 2020 in September this year. DX Korea is still some four months away, we are closely monitoring developments in relation to the COVID-19. We will continue to be guided by advice from public health authorities and Korea Centres for Disease Control over that period and will comply with directions from the Korean Government.”

NONE RECEIVED THIS WEEK