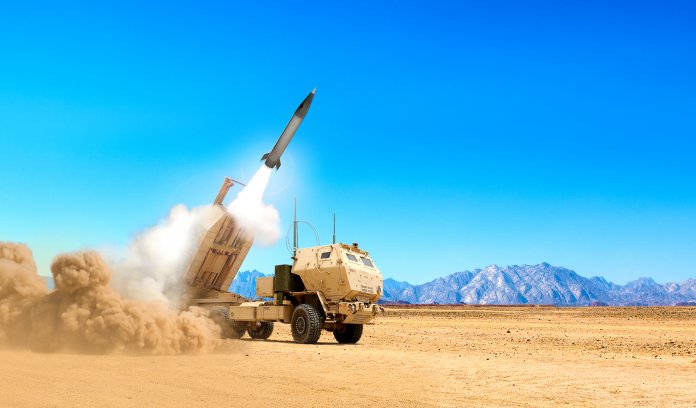 AUSA: Washington DC: Long Range Precision Fires is a top modernisation priority for the US Army.

Brigadier General Rafferty, director of the Long Range Precision Fires Cross Function Team (LRPF FCT) has indicated that by 2023 the Army’s objective is to field the ability to accurately attack targets at over 310 miles (500 kilometres) with a system that will use the existing High Mobility Artillery Rocket System (HIMARS) launcher.

Lockheed Martin, one of the two contractors with candidates vying for the programme, discussed at AUSA its perspective and progress on the Precision Strike Missile (PrSM) intended to achieve this capability.

A panel lead by Rita Flatherty, vice president Strategy and Business Development invited Michael Reynolds, vice president Tactical & Strike Missiles to address the need and results to date. Reynolds explained that “the need is not simply increased range but accuracy and timely response to a request.”

PrSM, Flatherty said, “is a critical piece in both addressing the peer and near peer threat, as well as contributing to cross-domain warfare.”

It is viewed as a key enabler to engaging and neutralising sophisticated layered air defences so as to allow friendly air assets to operate. Lockheed Martin has, said Reynolds, “successfully fired three missiles in Army demonstrations with the most recent in April 2020. In this last firing it not only achieved exceptional accuracy at a range of 85km but also the exceptional lethality of its IM energetic warhead payload.”