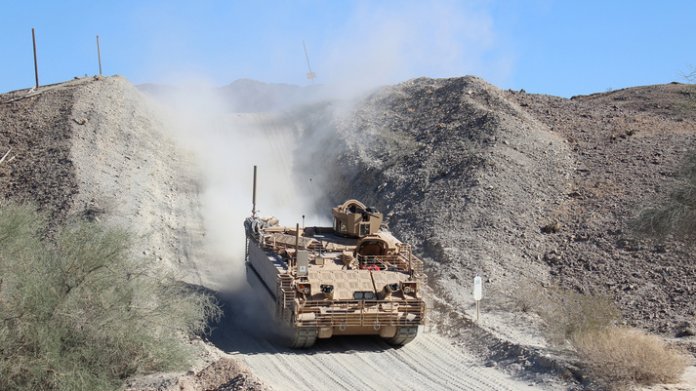 AUSA, Washington DC: The centrepiece of BAE Systems Land and Armaments presentation was the Armoured Multi-Purpose Vehicle (AMPV). In an earlier release the company announced its delivery and acceptance by the US Army of the first production system on 21 August, 2020.

The AMPV is replacing the M113 family by providing a ‘next generation, highly survivable tracked vehicle to fill a wide range of supporting mission tasks’. It is designed in five variants including troop carrier, mission command, mortar carrier, and both medical treatment and medical evacuation roles.

A company spokesperson stated: “By levering the proven components of the most recent updates in the Bradley and M107A7 self-propelled howitzer, AMPV offers equivalent mobility, performance, reliability, interoperability and high parts commonality within the ABCT.”

The first production delivery is part of a low rate production contact awarded in 2018 for 450 vehicles. This first vehicle is the Mission Command version which is a key piece of the Army’s ABCT Network Modernisation Strategy. It will fill provide tactical command post capabilities at battalion and brigade level.