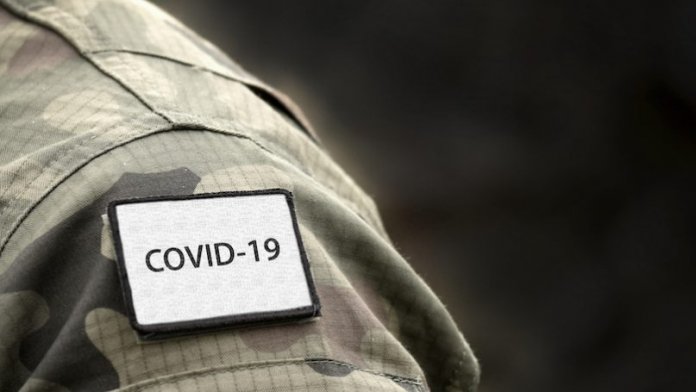 Published in the June/July 2020 Issue – COVID-19 is changing the world at an unprecedented pace. The disease spread around the world with amazing speed and terrible consequences in terms of health and lives. Within the space of a few weeks, the world economy went from healthy, to devastated.

Industries as varied as aviation, energy, entertainment, and retail experienced sudden stops that are likely to drive a huge number of businesses out of the market permanently. Associated job losses have eclipsed all historical precedents, including even the pace of job losses at the start of the Great Depression.

The rapidity of the pandemic’s impact gives rise to the question of how long the downturn will last and how quick a recovery might be. In other words, which of the changes the virus has wrought will be enduring, and which are simply artefacts of the crisis to be forgotten shortly after the crisis abates?

The defence industry offers an interesting case study. In many ways it has been sheltered from the worst of the crisis. While demand for defence goods has dropped more in some countries than in others, defence is an inherently slow-moving business everywhere where contracts are typically long-lived and often pre-funded, meaning that work can continue for months or even years after funding concerns develop.

The defence industry was designated as critical infrastructure by the US government, as well as many other nations, meaning that few defence facilities closed while much of the rest of the economy was shuttered. US defence spending actually increased in the near term as a result of stimulus efforts that included purchasing medical equipment through defence contracts. The US government also accelerated payments on its defence contracts which has increased cash flow to industry’s coffers. As a result, many defence companies have reported steady or even increased earnings in the first quarter of 2020.

But despite the sheltered nature of defence industry, the impacts of the pandemic remain notable. While military orders have not decreased, industry has struggled in many areas to keep work on track and keep deliveries on schedule. While industry operations have continued, they have had to be modified for social distancing requirements and supply chain disruptions.

This is particularly challenging in industry facilities like shipyards, where significant work has to be done in confined spaces, and in facilities for classified work that can’t be done from home. In these facilities, social distancing has required a change to shift work to control the number of people working together at one time. Absenteeism as result of either illness or lack of childcare resulting from school closures has also impacted production.

Lockheed Martin has indicated that it will see reduced deliveries of F-35s in 2020, and the US Department of Defense (DoD) has indicated that billions of dollars of work is likely to slip from 2020 to later years, driving cost increases.

For much of the white-collar side of the defence industry, working from home has quickly become the norm, and travel has also been sharply reduced. Industry has actually seen cost savings from these shifts. Increased work from home has already led industry to scale back leases of office space that isn’t being used, and likely won’t be used in the year ahead.

Travel has been largely replaced by video conferencing; whose moment has unequivocally arrived. Video conferencing as a replacement for face-to-face meetings and conferences has proven surprisingly productive. Already CFOs throughout industry are making plans to harvest these savings for the long term. Because the shifts in defence industry are being driven by the more mundane impacts of the virus, rather than the economic sudden stop the virus generated, it is likely that the changes will endure even as the crisis eases and the economy begins to move towards a new normal. In this way, the defence industry is giving us a signal of where this new normal is likely to settle.

Before lighting any cigars in celebration of how the defence industry survived the crisis largely unscathed, keep in mind that two major hurdles remain.

The first is imminent, and it is the equivalent of a looming fiscal cliff. In the US, the world’s largest defence market, the reason why disruptions have been mostly minimal so far is that the US government has agreed to pay industry for COVID-related leave and has issued trillions of dollars in loans to businesses to keep them operating though economic shutdowns. Unemployment insurance has propped up incomes to keep consumer demand from collapsing despite the rampant job losses.

However, much of this assistance is slated to be sharply scaled back in the next month. If this fiscal cliff isn’t pushed back by new legislation, the economy would likely experience a second nosedive, and key sectors related to the defence industry will pay a heavy price. These include the aviation and automotive sectors, where there are strong overlaps with the defence supply chain, especially among smaller suppliers who are uniquely vulnerable.

If these suppliers go under, the delays in defence deliveries will likely be significantly more pronounced, suppressing industry revenues. Longer term, the huge scale of government expenditures to fight the health and economic crises from COVID are likely to serve as a significant constraint on defence spending going forward. This is likely to be a world-wide trend, limiting the extent to which industry can turn to other markets to replace the revenue they lose domestically. To succeed in a market of slow to non-existent growth, internal cost-cutting measures in government and in industry may once again compete forcefully for leadership attention against investing in long term growth and strategic competition.