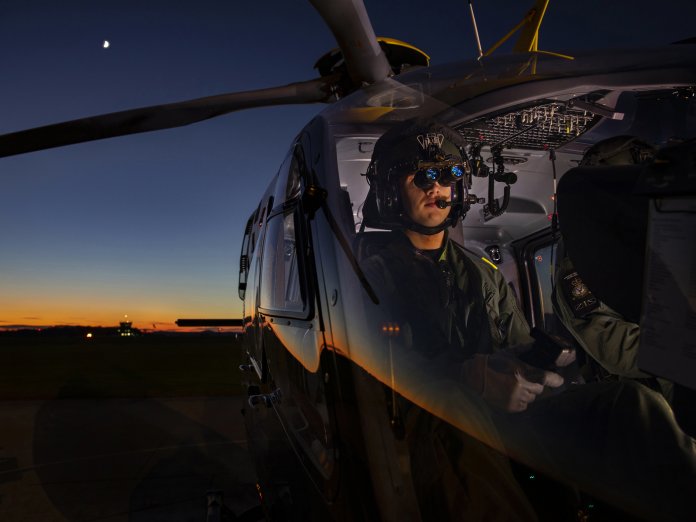 Let’s end the year looking at some winning photographs to take our minds off (for a brief moment) the virus that has struck us all across the globe for the majority of 2020. Let’s hope that the various vaccines can be rolled out quickly and can defeat any mutations that COVID-19 tries on us. It’s a small challenge – vaccinate the world, that’s all!

Although under Tier 4 lockdown here in the UK, I will still be taking a few days holiday during the festive season. Bunker Briefing will resume on Monday 4 January 2021. I leave you with a suitable picture (above) depicting the cast from the beloved BBC TV series ‘Only Fools and Horses’ which was sent to me through WhatsApp that precisely summarises how we in the UK are currently feeling. Enjoy.

The Royal Air Force’s (RAF) annual photographic competition was reduced to four categories this year instead of the usual 13. However, it still attracted over 900 entries. The categories were: Personnel, Current RAF Equipment, RAF Operations and Exercises and the ‘People’s Choice’.

The ‘Personnel’ winner (lead picture) entitled NVG [Night Vision Goggles] was taken by Ian Forshaw at RAF Shawbury, the home of ab initio helicopter flight training for the UK armed forces.
The photo shows a student from No1 flying training school preparing for a night flight using night vision goggles. He is flying in an Airbus Juno HT1 helicopter used by flying students from all three services. The winner of the ‘Current RAF Equipment’ category (above) was Sergeant Andy Holmes with his picture entitled ‘Astra’. The image shows an RAF Typhoon under a dark night sky and stars over the Falkland Islands. The Typhoon of 1435 Flight provides 24/7 Quick Reaction Alert capability.

The People’s Choice winner was ‘Helping Hand’ (below) taken during a medevac exercise conducted by 84 Squadron, RAF Akrotiri, Cyprus, with the Royal Navy’s HMS Enterprise, a multi-role survey-oceanographic vessel. 84 Squadron is the UK military’s last remaining Search and Rescue squadron, all other RAF and RN squadrons having been replaced by a civilian service managed by the Maritime Coastguard Agency at the end of 2016. The photo was taken by Corporal Phil Dye RAF and shows winchman (Flight Sergeant Dan Whittington) from the Griffin HAR2 helicopters rear-crew being winched onto the deck of HMS Enterprise.

The winning photos and a selection of the best of the rest can be found at: http://www.defenceimagery.mod.uk/

15 December, 2020 – Italy. The State Department has approved a possible Foreign Military Sale to the Government of Italy of Gulfstream G550 Aircraft with Airborne Intelligence, Surveillance, Reconnaissance, and Electronic Warfare (AISREW) Mission Systems and related equipment for an estimated cost of $500 million.

Koa Lani JV has been awarded an $854 million IDIQ contract for range operations support and base operations support services. This contract includes a 60-month base period with one 60-month option period. Work will be performed at the Pacific Missile Range Facility, Island of Kauai, Hawaii. The Naval Supply Systems Command is the contracting activity.

Raytheon Missile Systems was awarded a $145 million modification contract which exercises an option for the production and delivery of 90 full rate production Lot 17 Block V Tactical Tomahawk (TACTOM) All Up Round (AUR) Vertical Launch System missiles, including related hardware and services for the Navy. Additionally, this modification procures TACTOM AUR recertification AGR-4 spares. The Naval Air Systems Command is the contracting activity.

Progeny Systems has received a $41 million modification contract to exercise options for the production of MK54 MOD 1 lightweight torpedo kits, associated production support material, spares and engineering and hardware support services. This modification is in support of the MK54 MOD 1 Lightweight and MK48 Heavyweight torpedo programs. This contract combines purchases for the Navy (99 percent); and the governments of Australia, Canada, Taiwan, United Kingdom, Netherlands, Denmark and Belgium (one percent combined), under the Foreign Military Sales (FMS) program. The Naval Sea Systems Command is the contracting activity.

CFM International is awarded a $28 million modification contract which adds scope to procure two P-8A Poseidon CFM56-7B27AE engines for the governments of Australia and New Zealand. Foreign Military Sales funds in the amount of $14 million; and foreign cooperative project funds in the amount of $14 million will be obligated at time of award. The Naval Air Systems Command is the contracting activity.

Raytheon has received an $8 million order which provides non-recurring engineering for the Multi-Spectral Targeting System (MTS) software deficiency corrections, design and integration of four turret unit sensors and two electronics unit circuit card assemblies to address system obsolescence and provide a standard definition compatible system to multiple systems on various aircraft that utilise the MTS for the governments of India and Australia. Foreign cooperative project funds in the amount of $6 million; and Foreign Military Sales funds in the amount of $1.5 million will be obligated at time of award. The Naval Air Warfare Center is the contracting activity.

17 December
US ARMY
Honeywell International has received a $1.1 billion modification contract for the Automotive Gas Turbine 1500 engine program. The US Army Contracting Command is the contracting activity.

L3 Technologies has received a $29 million contract for the manned/unmanned teaming hardware, as well as technical and engineering support, for the Apache helicopter. Fiscal 2021 aircraft procurement (Army) funds; and 2022 Foreign Military Sales (Morocco, Netherlands, Qatar, United Arab Emirates and United Kingdom) funds in the amount of $29 million were obligated at the time of the award. The US Army Contracting Command is the contracting activity.

US NAVY
Perspecta Enterprise Solutions is awarded a $797 million modification IDIQ contract for the existing Next Generation Enterprise Network (NGEN). The total cumulative value of this contract is an estimated $6.6 billion. The contract modification is for services provided under NGEN support for approximately 400,000 seats representing more than 650,000 Navy and Marine Corps users at more than 2,500 locations. NGEN provides net centric data and information technology services for comprehensive, end-to-end information services through a common computing and communication environment to Navy and Marine Corps military, civilian and contractor users. The services provided under NGEN are enterprise services; network services; voice, video and data services; information security services; support services; and testing services. The Naval Information Warfare Systems Command is the contracting activity.

Ultra Electronics Ocean Systems has received a $186 million IDIQ contract for the AN/SLQ-25E ‘NIXIE’ electro-acoustic towed torpedo countermeasure system. This contract includes options which, if exercised, would bring the cumulative value of this contract to $268 million. The Naval Undersea Warfare Center Division is the contracting activity.

16 December
US ARMY
Central Lake Armor Express; Bethel Industries; Carter Enterprises; Point Blank Enterprises; and Slate Solutions, will compete for each order of the $837 million contract for the Soldier Protection System. The US Army Contracting Command is the contracting activity.

Oxford Federal was awarded an $11 million contract for design-build construction at sites in Israel. Fiscal 2021 Foreign Military Sales (Israel) funds in the amount of $11 million were obligated at the time of the award. The US Army Corps of Engineers is the contracting activity.

US AIR FORCE
Boeing has been awarded a $46 million contract for the F-15 Qatar program. This contract provides for the Foreign Military Sales (FMS) requirement to procure Digital Electronic Warfare System spares for the Qatar Emiri Air Force. The Air Force Life Cycle Management Center is the contracting activity.

14 November
US AIR FORCE
Northrop Grumman Systems has been awarded a $185 million IDIQ contract for the A-10 Aircraft Structural Integrity Program (ASIP) Legacy VII. This contract provides for sustaining engineering services of A-10 aircraft. The Air Force Life Cycle Management Center is the contracting activity (FA8202-21-D-0001).

Northrop Grumman Systems has received a $163 million contract for the supply chain management of the APY-1/2 surveillance radar systems used on Airborne Warning and Control Systems aircraft. The contract provides for repairs, sustaining spares and engineering services relating to the APY-1/2 systems. The Air Force Sustainment Center is the contracting activity.

I hope you can all keep safe and healthy and enjoy the festive season as much as possible according to your circumstances.