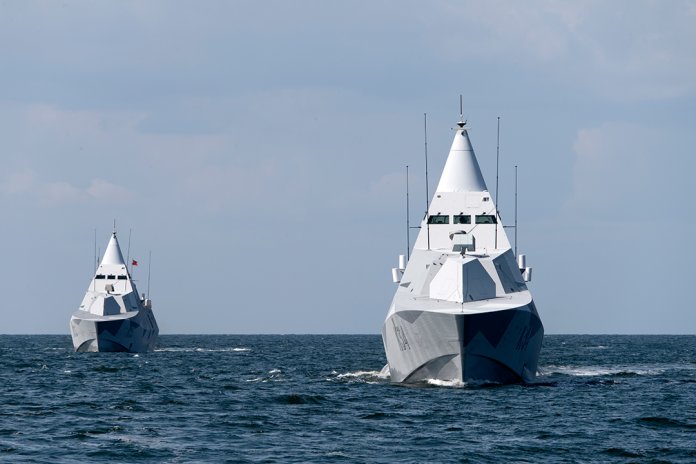 The Swedish Navy will have upgrades to its five Visby-class corvettes following an agreement between the Swedish Defence Materiel Administration (FMV) and Saab.

Two agreements have been signed, the first for a Product Definition Phase for the Mid-Life Upgrades (MLU) Visby-class corvettes, and a second agreement for a Product Definition Phase towards the development of Visby Generation 2 corvettes. The contracts are collectively worth nearly $23 million (190 MSEK) and will ensure that the Visby-class can continue to be operational beyond 2040.

“The contract is a major step forward for Sweden’s surface combat capability, with the upgrade of current corvettes and the creation of the next generation vessels,” said Lars Tossman, head of business area at Kockums.

“The experience and knowledge that the Visby-class has gathered over the years will feed into the development of Visby Generation 2.”

The Visby Gen 2 will emerge by building on the developments that have been ploughed into the latest Visby-class Version 5. According to Saab, Visby Gen 2 corvettes will feature a modern anti-ship missile system, torpedo system and air defence missile system.

In early 2020 Saab began testing its new Lightweight Torpedo (SLWT) from both a Visby corvette and Gotland-class submarine.

In addition to the Swedish Navy, the Finnish Navy is also acquiring it.