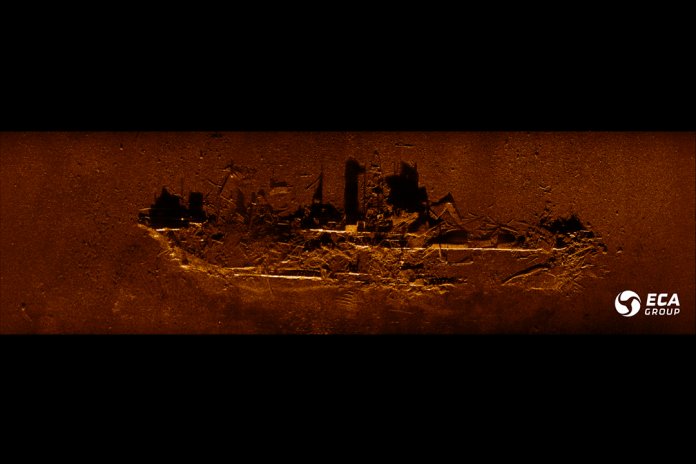 ECA Group’s sea trials of its UMISAS synthetic aperture sonar were completed during the second half of 2020 making it possible to integrate the sonar into the mine countermeasure (MCM) replacement programmes for the Belgian and Royal Netherlands navies.

This programme includes 12 mine hunters equipped with unmanned systems (Toolbox), both AUVs and towed sonars. The next step is the production of the UMISAS sonars to prepare for their integration into A18-M autonomous underwater vehicle (AUV) and T18-M towed sonars which will be used in the MCM programme. This integration will take place between October 2021 and March 2022.

The UMISAS sonars are interferometric synthetic aperture sonars (InSAS) are designed to obtain a spatial resolution of about 3cmx3cm to allow the classification of small and irregularly shaped objects on the seabed.

According to ECA Group: “The positioning of the platform required to form the synthetic antennas is an integral part of the UMISAS processing chain. UMISAS directly uses the data from the A18-M or T18-M navigation grade inertial unit to perform SAS processing, thus eliminating the use of low cost navigation sensors used by some commercial SAS systems on the market.”

The UMISTM Toolbox provides for stand-off and autonomous mine clearance missions that can be conducted from either a vessel or from the shoreline. The Toolbox comprises: a USV Inspector 125 surface drone, AUV A18-M underwater drones and T18-M towed sonars for mine detection, SEASCAN and K-STER CMIDS (Mine Identification and Disposal System)   as well as UMISOFT software for mission planning, drone control and data management.