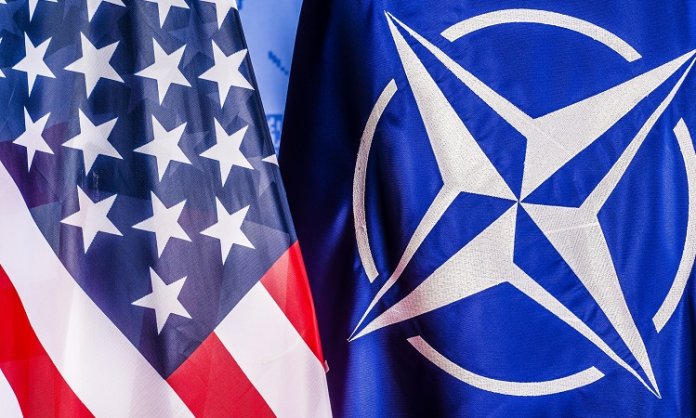 “A leader leads by example not by force.” – Sun Tzu

The 45th President of the United States, Donald J Trump, has been acquitted of inciting the attack on the US Capitol on 6 January, 2021, but remains as the only US President in history to be impeached twice. His acquittal on a majority vote of 57 guilty verdict (including seven Republicans), against 43 Republican not guilty votes, meant that the threshold of 67 guilty votes needed to impeach was not achieved. Notably President Biden, the 46th President, distanced himself in so far as was possible from the proceedings.

Now comes the difficult job. The world has seen another side of America develop over the past four years. It has witnessed the US President electing to believe the words and assurances of the leader of one of its ideological rivals, Russia’s President Putin, over his own intelligence services. It has seen the bedrock on which NATO stands be shaken and taken to the brink of its biggest member considering leaving.

While NATO alliances are perhaps more easily repaired, those in the Indo-Pacific may take significantly longer. Where democracy is not strong, these countries have been shocked that such turmoil could exist in one of the bastions of democracy. And who knows, there is still a possibility now that this situation could recur in four years time.

The slogan ‘America First’ has damaged trust globally, especially among allies. Most nations believe that their own country should come first why wouldn’t they – but the real skill is in the diplomacy of reaffirming mutual respect and trust that the other guy ‘will have your back’ when the going gets tough. This is the soldier’s mantra – to fight for the guy beside you. This goes for countries too. If there is doubt, then global rivals for power will seek to undermine confidence in the relationship, particularly using economic incentives as China has already done. The US reputation has been damaged in the international community; reassurance and recommitment to many relationships needs to begin immediately.

South Korea’s joint project with Indonesia over the development of the KX-F (IX-F) next generation fighter now looks to be at the point of collapse with Indonesia allegedly still owing a reported $548 million in development costs.

The partnership programme, which was agreed on 15 July 2010, envisaged an 80/20 split in funding for the development of a new 5th Generation fighter, the KF-X. Indonesia would receive around 50 of the new fighter with South Korean taking the remainder of the proposed production run up to 200 aircraft. Deliveries were slated to begin in 2026 with the first prototypes under construction and first flight due in 2022.

However, development has been slow, with contributing factors including the US Government blocking Lockheed Martin from exporting previously agreed key technologies, in particular Active Electronically Scanned Array (AESA) radars, infrared search and track (IRST), electro-optical target tracking devices, and radio jammer technology. This meant that South Korea had to turn to its own industry with assistance from other foreign contractors to develop necessary systems – which extended the ultimate delivery time.

Now, with deadlines for delivery having slipped, the development cost rising and other existing aircraft such as Dassault’s Rafale now looking more attractive to Indonesia [reports at the end of 2020 stated that a deal for 48 Rafales is nearing conclusion], the prospect that Indonesia will withdraw from its deal with South Korea is immanent.

Indonesia has also reportedly shown interest in buying other new fighters. Hope of acquiring Lockheed Martin F-35 Lightening IIs was instead steered by the US Government towards buying F-16 Block 72s instead. The Indonesian government has also looking into purchasing Russian Su-35s, but this has also not come to fruition.

On 10 February, the chief of South Korea’s Defense Acquisition Program Administration (DAPA) Kang Eun-ho briefed media that talks were being conducted between the two nations in order to ‘sound out each other’s position.’ This sounds more like a negotiation over terms for withdrawal and what the financial penalties might be for Indonesia. If this does happen, and unless it can find another partner, the development and through life costs of the KF-X fighter to South Korea are likely to far exceed anything that was originally foreseen.

Taking people out of ‘harm’s way’ and replacing them, or supplementing them, with robotics is a focus for numerous military science and technology projects. In the United Kingdom, nine different organisations working on 11 projects have collectively been granted $1.1 million (£800,000) funding by the Defence and Security Accelerator (DASA), a cross-government organisation established to finding and funding exploitable innovation to support UK defence and security.

DASA ran a Telexistence Competition on behalf of the Ministry of Defence’s (MoD) chief scientific adviser and the Nuclear Decommissioning Authority (NDA), and managed by the Defence Science and Technology Laboratory (DSTL).

According to Rob Baldock, programme manager for Emerging Technology at DSTL, this competition represents the next stage after “several years of developing the concept of telexistence inside DSTL from the idea of combining different areas of emerging science into the concept of projecting human presence into a remote environment and immersive feedback for the operator.”

Sara Huntingdon, the NDA’s head of innovation underlined the benefits that would result from working with “a really diverse range of ideas and new technologies developed by the supply chain, including many organisations and SMEs that we have not worked with before. Encouraging technology transfer across different sectors and maturing a broad range of technologies that move humans away from potentially harmful situations will benefit us all.”

11 February, 2021 – Jordan
The State Department has approved a possible Foreign Military Sale to the Government of Jordan of an F-16 Air Combat Training Centre and related equipment for an estimated cost of $60 million.

US ARMY
Moderna US was awarded a $1.6 billion modification contract for an additional 100 million doses of SARS-CoV-2 mRNA-1273 Moderna vaccine. US Army Contracting Command is the contracting activity.

11 February
US ARMY
Archer Western Federal JV was awarded a $205 million contract for construction of a new 916-car parking structure and of a new spinal cord injury/community living center. US Army Corps of Engineers is the contracting activity.

10 February
US NAVY
BAE Systems Land & Armaments has been awarded a $183 million modification contract for Amphibious Combat Vehicles (ACVs). The total cumulative face value of the contract is $3.3 billion. This modification provides for the exercise of options for the procurement of 36 full rate production ACVs and associated production and fielding and support costs. Marine Corps Systems Command is the contracting activity.

9 February
US ARMY
Covalus; Holitna Construction; Martek Global Solutions; and Workplace Solutions will compete for each order of the $495 million contract to support military healthcare construction/renewal projects. US Army Corps of Engineers is the contracting activity.

28-31 October, SITDEF, Lima, Peru 2021
8th International Exhibition of Technology for the Defence and Prevention of Disasters.

7-10 April, INDO DEFENCE, INDO AEROSPACE, INDO MARINE, Expo and Forum, Jakarta Indonesia. Statement from the organiser on 20 March: “It is with enormous regret and disappointment that we have to announce the cancellation of this year’s Roy
The new date for these events is 2-5 November, JIEXPO Kemayoran, Jakarta 2022 – https://indodefence.com/

2-3 June CANSEC, Ottowa, Canada, 2021
On 9 February, Christyn Cianfarani, president and CEO, CADSI stated: “With consideration for the needs of our members and stakeholders, restrictions on mass gatherings continuing throughout 2021, and current and possible future emergency measures imposed by public health authorities as they manage emerging COVID-19 variants, CADSI has no other choice but to postpone CANSEC to 2022.”
New date for this event is 1-2 June, Ey Centre, Ottawa, 2022 – https://www.defenceandsecurity.ca/CANSEC/